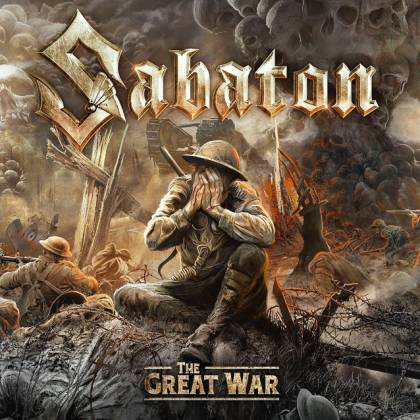 Despite what many mainstream metal folk will tell you, most metalheads don't particularly want anyone to move the genre forward. We are, in general, pretty happy with the wide array of subgenres that we already have, and, more importantly, we are not overly keen on our favorite bands veering wildly off the beaten track in some noble lunge at progress. This is particularly true in power metal, where there are few hard-and-fast rules but a broad and relaxed consensus about what to expect. All of which makes SABATON's current status as power metal's biggest hitters rather satisfying: despite sharing a lot of the same DNA as their innumerable peers, the Falun five-piece have been smart enough to sound just different enough from everyone else to stand out, while consistently delivering live shows that are now legendary for being, in simple terms, an absolute fucking riot.

Arriving at their ninth album in excellent shape and more popular than ever, SABATON have stuck rigidly to their winning formula for the last 20 years. The band's only concession to progress being a steady refinement of the band's songwriting and, as good fortune demands, bigger and better sonic weaponry with which to showcase it. You know what you're going to get from a SABATON record: big, bombastic anthems about bloody battlefields, more often than not underpinned by the band's trademark stomp. And yes, "The Great War" is more of the same, but with a couple of slight twists thrown in.

Firstly, "The Great War" focuses solely on World War I, a concept album by any sensible reckoning, and one that has inspired SABATON to expand their lyrical universe as a result. It's immediately recognizable as the band's most sophisticated effort yet. With time and space to tell interwoven stories, Joakim Brodén has never been such a compelling focal point, particularly on groove-driven opener "The Future Of Warfare" and the detail-heavy "82nd All The Way". The other major surprise comes in the form of "The Red Baron", a turbocharged '70s rock thunder-fuck, it sounds like URIAH HEEP after a speed binge and may make you wish that SABATON took a few more stylistic risks like this. It's followed by the dark and poignant title track, the finest song here by some distance and a nailed-on crowd-pleaser for future tours.

Beyond those two minor side-steps, "The Great War" delivers exactly what SABATON's steadily growing audience will surely be demanding. It's also the most exuberant and fiery record the band have made since their previous magnum opus, 2012's "Carolus Rex". Credit is also due to Jonas Kjellgren's pristine production job, which renders even the prosaic likes of "Devil Dogs" and "Fields Of Verdun" in vibrant shades of heavy. The acoustic fragility of outro "In Flanders Fields" is a nice touch, too.

Destined to be their biggest success yet, "The Great War" is an album aimed at the diehards and intrigued newcomers. A good time is almost certainly guaranteed for all. Just don't expect a great deal of new information.