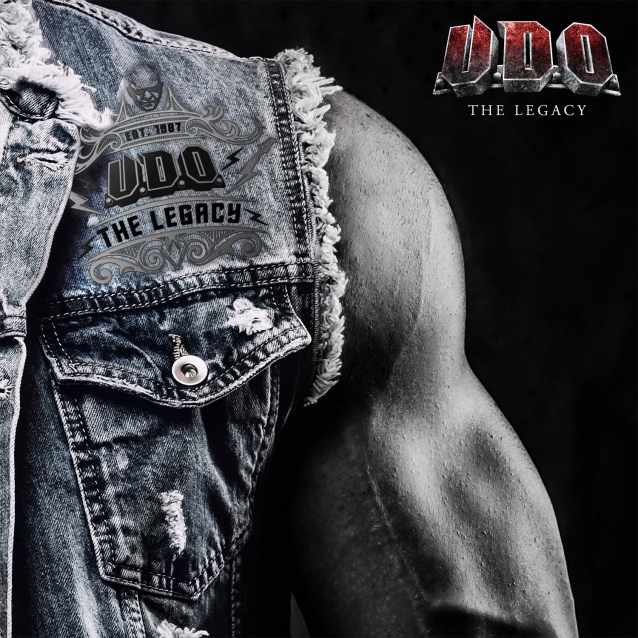 All things considered, there aren't too many things that are more metal than Udo Dirkschneider. Never mind that the German legend sang his guts out on those ageless and seminal ACCEPT classics back in the early '80s, for the U.D.O. catalogue alone, he deserves some kind of award for consistency and dedication to the cause. "The Legacy" is a bold attempt to encapsulate the band's avowedly pure strain of heavy metal, with tracks taken from every one of their 17 studio albums, and a handful of rare cuts thrown in to ensure that diehard fans will have a reason to get involved too.

Udo's voice — a deceptively versatile rasp that has gotten nastier over the years, while never losing power — remains the key to it all. It is the sound of metal itself, scraping against the grain. Whether he's screeching like a madman on "Metal Never Dies" or conjuring multiple, ghostly voices on the symphonic blast of "Pandemonium", he has always sounded militantly committed to breaking necks and rocking the living shit out of anyone and everyone.

Udo has always assembled killer bands around him, and thus the quality of the material on this ample retrospective rarely drops. Early songs like "Mean Machine" and "Go Back to Hell" were heavier than the trad metal norm back in the '80s, and they still pack a surprising punch for music of that vintage. More recent material like "Decadent", "Make the Move" and the skull-rattling speed metal of "Steelhammer" are utterly unapologetic in their gleaming metal purity. Historically in between, the likes of the strutting "Shout It Out" and the epic, electro-throbbing "Independence Day" suggest that Udo weathered the '90s better than most.

The rare tracks live up to the hype. "Wilder Life" is a snotty hard rocker with some neat vocal harmonies; "What a Hell Of a Night" is all razor riffs, spiraling melodic hooks and party-starting bravado; "Fallen Angels" is a strident, doom-driven horror story; "Dust and Rust" is a chunk of pure '80s (and maybe even '90s) metal perfection. None of them quite match up to "Metal Eater"'s high-speed madness, which I strongly recommend you don't listen to while driving or operating machinery, but there are remarkably few clunkers on this 33-track, 151-minute celebration. Play it loud, Udo demands it.