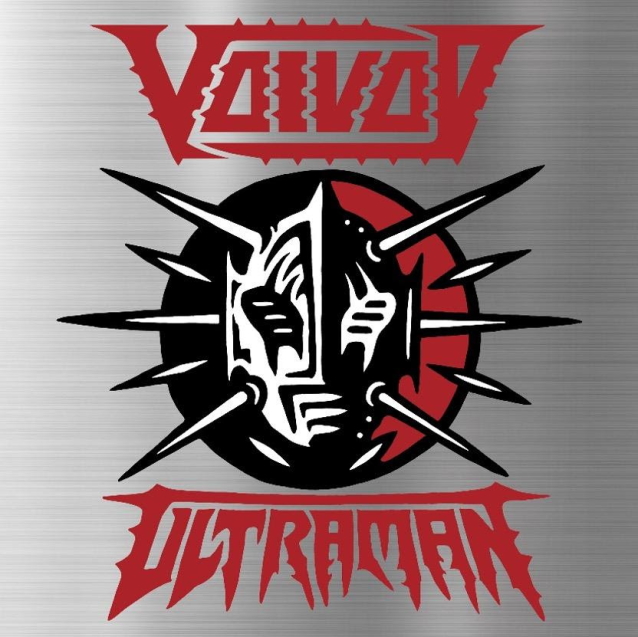 Well, this is fun. VOIVOD have always been three steps ahead and nine steps to the side of just about everybody else. So it makes sense that they would record a tribute to a cult Japanese superhero movie franchise. In keeping with the Canadians' sci-fi bent, the "Ultraman" EP turns themes from the original into a short, sharp burst of prime VOIVODian weirdness, dressing the whole thing in suitably futuristic artwork. Frankly, this is cool before you've even heard a note.

In reality, there isn't a huge amount to pick over here. The bonus/B-side tracks are taken from VOIVOD's 2018 "Return To Morgoth" 35th Anniversary show and loudly confirm that age has not withered the contorted thrash of either "Overreaction" or the ever-demented "VOIVOD". But the main meat of the day is VOIVOD's "Ultraman" theme. Irresistible in a wonky sort of way, it may be the most upbeat thing they have ever recorded. Two further reimagined themes follow: both slightly unhinged but performed with the band's customary oomph. Brilliantly, all three themes are presented in Japanese, English and instrumental incarnations, which stretches things out to an enjoyably mad 21 minutes.

It may ultimately be more of a passing bit of sparkly fluff than a true piece in VOIVOD's musical jigsaw, but "Ultraman" is a super-cool idea and a perfectly twisted counterpart to this year's "Synchro Anarchy" full-length. Moreover, who doesn't want this on vinyl? Don't kid yourself.