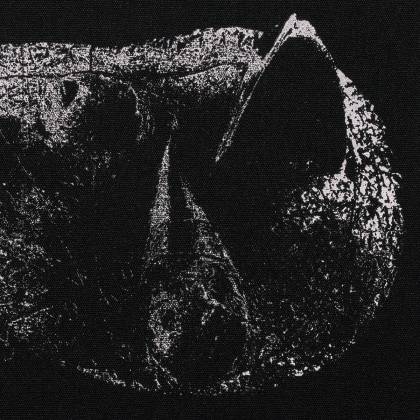 There's no shame in wearing your influences on your sleeve. The spidery guitar motif that begins "Tooth and Nail" on DEMON HEAD's fourth full-length album sounds unashamedly in debt to FIELDS OF THE NEPHILIM, before the song itself arrives and does something completely contrary to what cynical music writers may have been expecting; jettisoning all notions of cliché in favor of a genuinely thrilling rush of gothic (in the true sense of the word) Sturm und Drang, with big melodies thrown in as shrewd bonus. There's a sense of cheerful but shadowy subversion running all the way through "Viscera": after three albums of increasingly distinctive, doomy occult rock, DEMON HEAD have definitely upped their game here, with much sharper songwriting on display and a sound that elevates the Danes' to a higher level of spook-metal artistry.

"The Feline Smile" yearns and howls with the expected post-punk abandon, but the atmosphere oozing from its bruised pores is not of this world, both haunted and haunting. "Magical Death" is doom for BAUHAUS and THE BIRTHDAY PARTY fans; angular and spiky but knowingly theatrical, it sounds like the blues had its guts pulled out and nailed to the wall, midway through some seedy, off-Broadway musical. The catchiest song here, "In Adamantine Chains", allows some glimmers of light to infiltrate the gloom, rattling along on an insistent rhythmic pulse and swirling around in the same tonal universe that has served the likes of GRAVE PLEASURES and FOUR STROKE BARON so well recently, but with big, bold THIN LIZZY-style guitar harmonies and a very traditional sense of groove and swing propelling it along. Fiendish, you might call it.

Elsewhere, there are bewitching interludes "Arrows", "Wreath" and "The Lupine Choir" and the more expansive and grand likes of "Black Torches" — all indicative of a still-expanding musical vision. The bleary waltz of closer "The Triumphal Chariot of Antimony" is a particularly gripping finale, with several eye-bursting crescendos and a percussive coda that just might be a cheeky nod to SLAYER. Even if it isn't, DEMON HEAD have tapped into the dark side with more sophistication, a bigger sound and better tunes than ever before here.