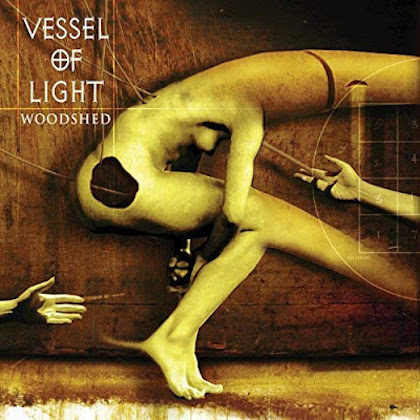 While opening albums with a layered track of thunderstorms have become passé, the spattering rain escorting the title cut into its TYPE O NEGATIVE-esque doom slog actually serves a purpose, much in the way it did for THE CURE on "The Same Deep Water as You". Here, Dan Lorenzo dishes a somber set of dirge chords, which pick up only slightly. "Part of My Plan" plods along a moody, fuzzy bass line no doubt felt in kindred spirit to Gene Simmons, KISS being one of Lorenzo's favorite acts. His squelchy guitars on "Part of My Plan", and also on "Man's Sin", signal a peppering of Ace Frehley, even if the song at large wakes inside the same crusty murk the DANZIG band made its reputation with.

Whether it's his intention or not, the diverse-ranged Nathan Opposition drops into a Jim Morrison-esque drone for the opening minute of "A Love so True", before elevating himself once the track hits its stride. That stride is tentative, since the tempo of this album is set strictly to trudge mode. It's just a matter of the volume from track to track, be it shivery, "End It All", loud and lewd ala WHITE ZOMBIE on "Son of Man" or outright gory on "Watching the Fire", "Day of Rest" and "Beyond the Cellar Door".

This album is hardly a happy pill, the melancholic acoustic strumming on "Pray for a Cure" being as upbeat as things get, but what Dan Lorenzo and Nathan Opposition do well is to wring the most out of their doom and Goth chunks. Whether you want to empathetically bask in their gloom or duck under a blanket to recuperate from "Woodshed"'s omnipresent chill, Lorenzo and Opposition leave scars. The dubbed screaming alone on "Beyond the Cellar Door" is as much to endure as a Bill Zebub, who hangs in the same Jersey turf, film. When Nathan Opposition hits his own tormented bellowing on "One Way Out" and "Day of Rest", you'll be double-checking for extra escape routes.

Any light implied by these guys is found down the unimaginably furthest stretch down the end of the tunnel.