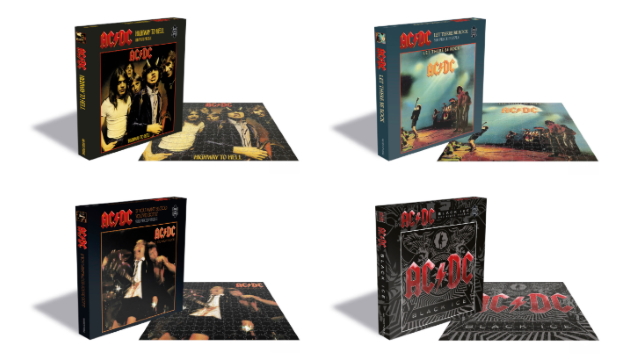 In addition to four previously announced AC/DC "rock saws" in September, Zee Productions will now add to that with four more coming in October.

Zee Productions will release four classic album covers — "Highway To Hell", "If You Want Blood", "Let There Be Rock" and "Black Ice" — as 500-piece jigsaws on October 9 via its Rock Saws imprint. There will also be a 1000-piece version of "Highway To Hell", out on September 18.

As previously reported, "High Voltage", "For Those About To Rock", "Blow Up Your Video" and "Ballbreaker" will be made available as 500-piece jigsaws on September 4.