The latest teaser for "The Undertaker", the new single from German/American metallers ACCEPT, is available below. The song will be released on October 2 via Nuclear Blast, accompanied by a video. The track is the first taste of the band's upcoming studio album, the details of which will be announced soon.

The two-song single will also feature a previously unreleased live version of "Life's A Bitch", recorded in 2019 in Oulu, Finland. It will be made available digitally as well as on limited-edition seven-inch vinyl in three colors, each limited to 300 copies. Colors are gold, white-marbled for Europe and red for the U.S.

"The Undertaker" is a catchy mid-tempo number with an eerie build that seeps into your skull, accompanied by stirring vocals from frontman Mark Tornillo. According to guitarist Wolf Hoffmann, the piece is one of the most notable and brilliant pieces on the upcoming album. 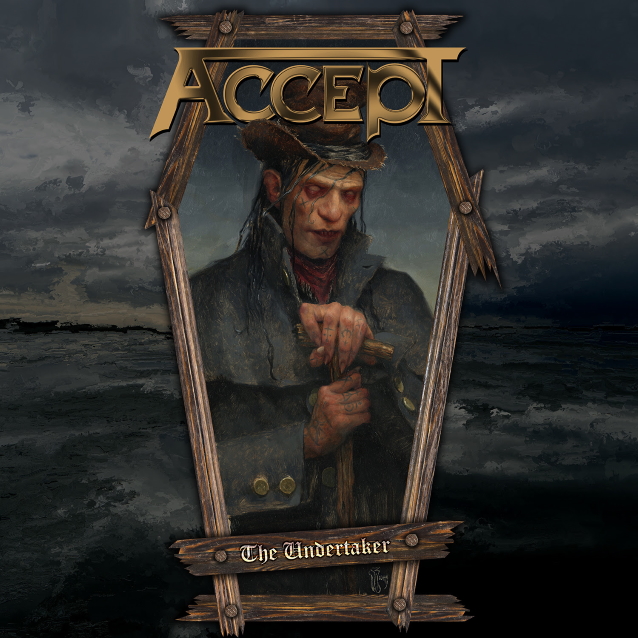