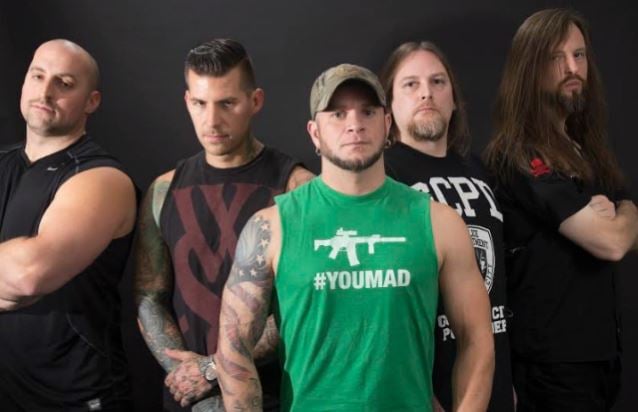 "Victory Lap", the new video from Massachusetts metallers ALL THAT REMAINS, can be seen below. The song is taken from the band's latest album, "The Order Of Things", which came out in February via Razor & Tie.

ALL THAT REMAINS frontman Phil Labonte explained the inspiration behind the live music video: "We're excited to announce the release of our new video for 'Victory Lap'. We wanted to do a live video because that's such a huge part of making music for us. So we hope you enjoy this little taste of ALL THAT REMAINS on the road."

"The Order Of Things" followed up ALL THAT REMAINS's 2012 effort, "A War You Cannot Win", which featured the massive rock singles "What If I Was Nothing" and the chart-topping "Stand Up".

Catch the band’s powerful live show on "The Order Of Things" tour with DEVOUR THE DAY, AUDIOTOPSY and SONS OF TEXAS.