ANTHRAX: 'For All Kings' Tour Edition To Include Bonus Disc Of Demos

ANTHRAX drummer Charlie Benante commented on the "For All Kings" tour edition: "We've included some of the demos from 'For All Kings' in this package. We wanted to show the evolution of the songs. The idea of a song can start from a guitar riff or a thought in your head. It then takes shape and goes from my music to Scott's [Ian, guitar] lyrics to Frank [Bello, bass] and Joey's [Belladonna, vocals] ideas and melodies to Jon's [Donais] lead guitar. This is our way of making ANTHRAX music — ENJOY!" 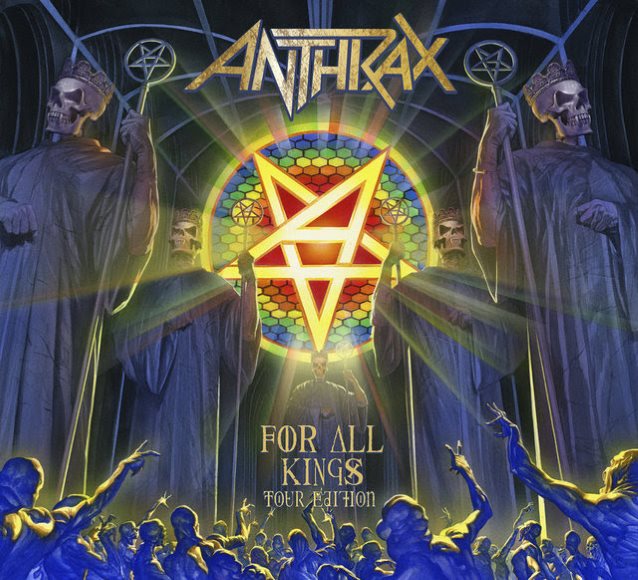