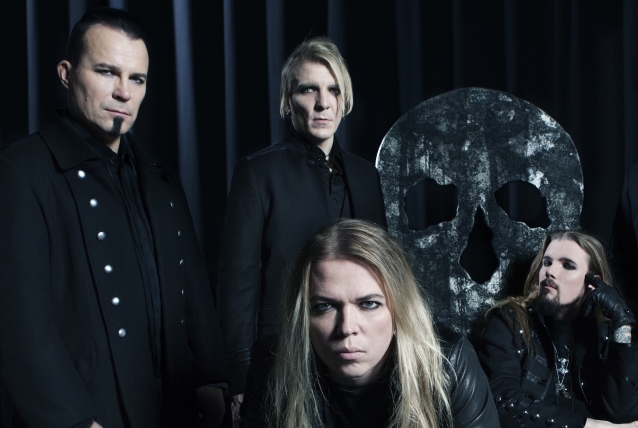 "We are excited to learn how a slim record company structure plus all the marketing instruments of perhaps the biggest metal music powerhouse (with festivals, touring business, merchandise, etc) are set up for 2020," APOCALYPTICA says in a statement. "This feels like the absolute right company for the times we are in. We are very excited about our new album and we have the strongest belief that Silver Lining is the right partner for our music."

Silver Lining Music is equally ecstatic to have APOCALYPTICA as a part of its roster. Thomas Jensen, owner and founder of Silver Lining Music, says: "I have always been amazed at the sheer talent and visionary trait of APOCALYPTICA. It's a dream come true to be able to work with them. With the leadership of Serena Furlan and the forward-thinking A&R direction of Rod S. Kukla, Silver Lining Music offer APOCALYTICA a unique and exceptional partnership. The best is yet to come."

Hot off the heels of signing with Silver Lining Music, APOCALYPTICA is excited to announce that it will be going on a comprehensive European tour with SABATON as "special guests" starting on January 17, 2020 in Zurich, Switzerland. Embracing fifteen countries over one month of dates — including Berlin’s Max Schmeling Halle on January 25 and London's Wembley Arena on February 8 — "The Great Tour" will bring together two of Europe's most successful, and unique, metal acts for what promises to be a night of unrelenting power.

In a recent interview with Ghost Cult, APOCALYPTICA drummer Mikko Sirén said that "it's been really fun to go back" to the band's roots with the new LP, explaining that APOCALYPTICA's musical direction has been influenced by the ongoing tour behind the re-release of its epic debut, "Plays Metallica By Four Cellos".

According to Sirén, APOCALYPTICA's last three studio albums — "Worlds Collide" (2007),"7th Symphony" (2010) and "Shadowmaker" (2015) — "are siblings to each other" in the sense that "they follow each other the same kind of a way," with the band releasing "a lot of singles, doing radio stuff, playing radio festivals, then after a tour, going back to the studio, writing music again. And it was fantastic, and we really think they are great albums, but then, all of a sudden, to have a break from all that — it was a four-year gap between the latest studio [album] until now — it's kind of like a breath of fresh air and it really impacted a lot to the way we wanted to compose the new album," he explained.

Last July, APOCALYPTICA's Eicca Toppinen stated about the band's decision to make an all-instrumental album at this point in the group's career: "On the previous ones, we always combined the instrumental songs with the vocal songs, and it was great to have the featuring artists, it was great to work with Frank Perez for the 'Shadowmaker' album. But then, on the other hand, it became a bigger interest for us, like, okay, it would be interesting to make a full instrumental album, so there's no compromise with anything. So maybe it's gonna be something really, really crazy… that nobody did before."