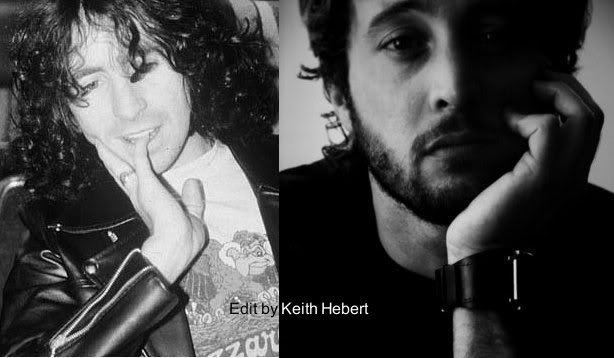 Australia's The Daily Telegraph has issued the following report:

He's on the well-trodden path to Hollywood stardom, but it seems Aussie actor Alex O'Loughlin may also be well-versed in the "Highway to Hell".

[Check out side-by-side photos of Bon Scott and Alex O'Loughlin at this location.]

And while [The Daily Telegraph's] Confidential yesterday contacted both O'Loughlin's Sydney and L.A.-based agents, neither were able to confirm the claim which first appeared in the Chicago Tribune last week.

The NIDA-trained actor, who was tested for the role of James Bond before it went to Daniel Craig, was born in 1977 at the height of Scott's fame — three years before the rocker died in London in February in 1980.

Watch a video tribute to Bon Scott at this location.