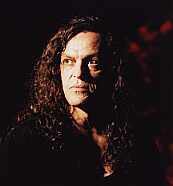 Richard Michalski (photo),drummer for the German metal band AXXIS, has reportedly been missing for the past year and "the band, friends and colleagues are searching for him with the help of the police, but there is no sign of life at the moment," according to a statement released by the band's record company, AFM Records. "The band [haven't recruited a replacement] drummer so far, because they admire Richard as a person and as a musician and they hope that there will be a sign of life from him [soon]."

The tentative track listing for "Time Machine" is as follows:

AXXIS will embark on a co-headlining European tour with PINK CREAM 69 beginning in early March.