Punk rock veterans BAD RELIGION will embark on a U.S. tour this spring. The 10-date trek will kick off on March 26 in Tucson, Arizona and conclude on April 9 in San Diego, California. Support on the tour will come from SLAUGHTERHOUSE. Tickets go on sale today (Tuesday, February 1) at 10:00 a.m. PST except for Salt Lake City, Portland and Seattle, which are already on sale.

Having celebrated its 40th anniversary in 2020, BAD RELIGION formed in 1980 in the suburbs of Los Angeles. The band has become synonymous with intelligent and provocative West Coast punk rock and are considered one of the most influential and important bands in the genre. BAD RELIGION has continually pushed social boundaries and questioned authority and beliefs armed only with propulsive guitars, charging drumbeats, thoughtful lyrics and an undying will to inspire and provoke anyone who will listen.

The band released its 17th studio album, "Age Of Unreason", in 2019. The critically acclaimed record offers a fiery and intensely relevant musical response to the times, with songs that address a myriad of socio-political maladies, including conspiracy theories, racist rallies, Trump's election, the erosion of the middle class, alternative facts and more. There is a stylistic consistency to the band's iconic and influential sound — hard fast beats, big hooks and rousing choruses, yet each new song remains distinctive, utilizing composition, melody and lyrics to deliver a unique narrative consistent with the band's longstanding humanist worldview.

In December 2020, BAD RELIGION celebrated its 40 years of making music with "Decades", a four-episode online streaming event captured live at The Roxy Theatre in Hollywood, California. The band felt it important to commemorate the conclusion of 2020 as a strange moment in history when they reached that 40-year milestone. The celebratory episodes included live performance footage, exclusive interviews, and a peek at their rehearsals leading up to the taping of "Decades".

In August 2020, BAD RELIGION released its autobiography, "Do What You Want: The Story Of Bad Religion", written with the group's full cooperation and support. It reveals the ups and downs of the band's 40-year career, from their beginnings as teenagers experimenting in a San Fernando Valley garage dubbed "The Hell Hole" to headlining major music festivals around the world. The book predominantly features the four principal voices of BAD RELIGION in a hybrid oral history/narrative format: Greg Graffin, Brett Gurewitz, Jay Bentley and Brian Baker. It also includes rare photos and never-before-seen material from their archives.

In September 2020, Graffin spoke to "The Five Count" radio show about what keeps him inspired to make new music four decades into the veteran punk band's career. 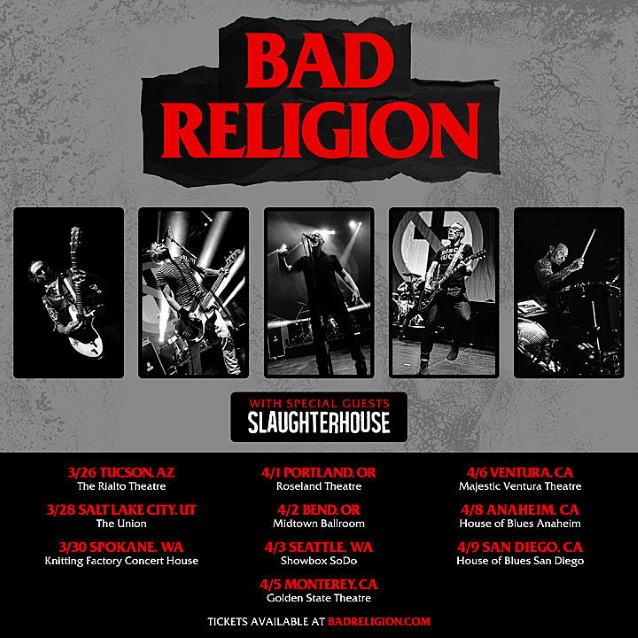