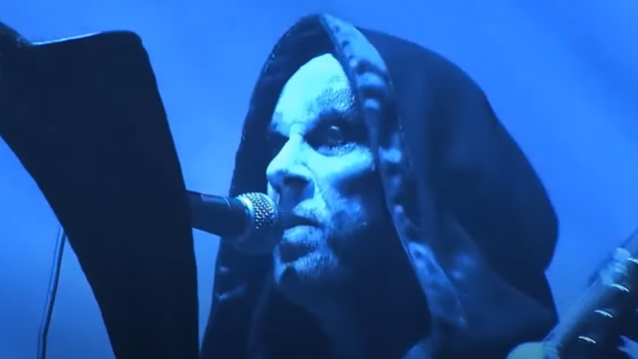 BEHEMOTH Films Music Video For 'Once Upon A Pale Horse'

In an interview with Germany's Radio Bob! conducted last week, BEHEMOTH frontman Adam "Nergal" Darski revealed that the band was about to film a music video for the song "Once Upon a Pale Horse" from BEHEMOTH's upcoming twelfth studio album, "Opvs Contra Natvram". "I'm really excited about that because the concept is really cool," he said. "We're combining the 3D world with the band performing within. And I don't think we've ever done that, so this is a short-term artistic goal that I hope — I'm sure it's gonna turn out great."

Renowned for his meticulous attention to detail and absolute creative control of BEHEMOTH's world, Nergal reveled in the depressurized environment afforded by the pandemic. It meant that for nearly the first time since the band's inception over 30 years ago there was no deadline to observe, allowing for a nearly unprecedented level of attention to the process of writing and recording.