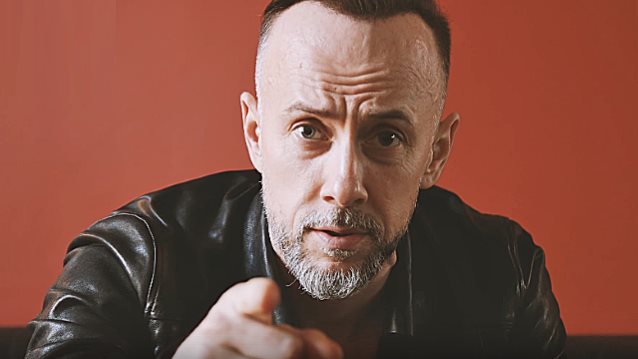 Polish extreme metallers BEHEMOTH have around a dozen rough song ideas for the band's next album. Guitarist/vocalist Adam "Nergal" Darski told the Rockhok online music channel about the progress of the songwriting sessions for the follow-up to 2014's "The Satanist": "We're taking it easy — it's not tense whatsoever. But we have ten or thirteen, already, sketches of new songs."

Estimating that the next BEHEMOTH album will arrive in the fall of 2018, Nergal said: "I know it's [a long] time [from now], but time's flying and we're super stoked about this new stuff. I like the approach with BEHEMOTH too, because when I went from [doing the ME AND THAT MAN folk project] to do BEHEMOTH songs, I was super hungry — I was hungry for doing radical sounds. And I really hope that it sounds different again, that it's refreshing and it's something redefining and rejuvenating in what we do with BEHEMOTH — again. But let's see, because maybe it's too early to talk about it."

ME AND THAT MAN, which pairs Nergal with British/Polish rock musician John Porter, released its debut album, "Songs Of Love And Death", on March 24 through Cooking Vinyl. The project draws heavily on blues, country and folk to make music as dark as if it was being screamed over shredding guitars.

Nergal recently revealed that BEHEMOTH is mixing a new album focusing on the touring cycle behind the band's 2014 album "The Satanist". It is not presently clear when the effort will be made available.

BEHEMOTH last year completed a North American tour where the band played "The Satanist" in its entirety. In addition to the concert, fans also had the chance to view "The Congregation" exhibition at each venue. Dubbed "a symbiosis of BEHEMOTH and Toxic Vision," the display showcased the collaboration between the two parties.