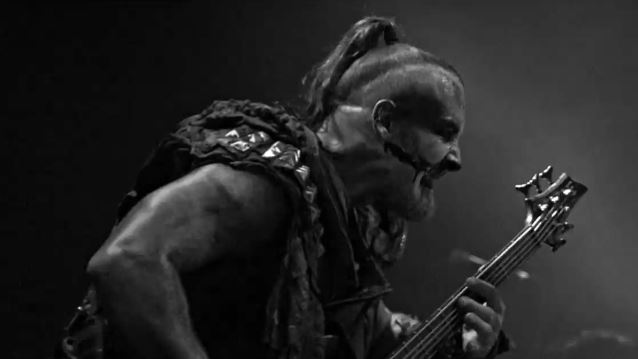 "Ora Pro Nobis Lucifer", the new video from Polish extreme metallers BEHEMOTH, can be seen below. The first performance clip BEHEMOTH was helmed by the band's longtime video collaborators, Grupa 13, who previously worked with AMON AMARTH and ENSIFERUM.

BEHEMOTH will hit the road in April 2015 for 15 shows in Germany, Austria, Italy, Switzerland, Greece, Macedonia, Bulgaria, Romania, Hungary and in Czech Republic.

Commented BEHEMOTH singer/guitarist Adam "Nergal" Darski: "We are already eagerly awaiting our second coming to European shores in spring 2015! We are teaming up for this run with some of the most exciting extreme metal acts — Swiss BÖLZER and Polish THAW — a must-see jewels that you can not miss out! A two-week trek will cover territories we haven't explored with the first leg of the tour. Expect the best! We've never been in a better shape and we're gonna prove that once again!"