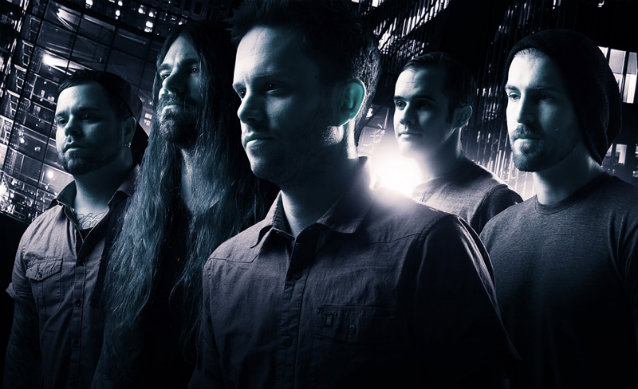 BETWEEN THE BURIED AND ME: 'Lay Your Ghosts To Rest' Video Released

"Lay Your Ghosts to Rest", the new video from the Raleigh, North Carolina-based progressive rock/cutting-edge metal band BETWEEN THE BURIED AND ME, can be seen below. The clip was filmed at the Baltimore Soundstage, The Orange Peel in Asheville, North Carolina, and The Cannery Ballroom in Nashville, Tennessee.

"Lay Your Ghosts to Rest" was produced, filmed, and directed by Raymond McCrea Jones and Wes Richardson. The video is a surreal look at the band's live show, and the detailed light show and production that accompanies the aural experience that fans have come to know and love.

BETWEEN THE BURIED AND ME's ambitious concept album, "The Parallax II: Future Sequence", achieved the North Carolina-based band's highest Billboard chart position (#22) since their inception in the early 2000s.