Bassist Billy Sheehan will be unable to join his SONS OF APOLLO bandmates on their South American tour next month due to "travel restrictions", according to a press release from the tour promoter, Top Link Music. His replacement on the trek will be ANGRA's Felipe Andreoli.

Top Link Music manager and concert promoter Paulo Baron commented on Sheehan's absence from the gigs, saying in a statement: "Billy Sheehan will not be able to participate in the tour for personal reasons that he did not want to disclose to me, but that we respect, so both SONS OF APOLLO and I, who am the promoter of the tour, invited Felipe Andreoli to replace the great bassist Billy Sheehan."

About his participation in the SONS OF APOLLO tour, Andreoli said: "For me it is a huge honor to replace Billy in these shows. He is one of my great heroes of the bass and history. I learned a lot watching him play."

Earlier today, Sheehan took to his Instagram to share a few photos of him "getting all the required vaccinations" for a MR. BIG trip to India back in 2009. He wrote: "While finishing an EU tour in Germany, we had a very kind medical doctor come backstage and he did a great job inoculating all of us. As a result--I had a fabulous time in India, and came home healthy!"

When one fan responded in the comments section that he heard Billy isn't coming to South America because he didn't get the COVID-19 vaccine and lamented the fact that Sheehan had to "miss this tour leg because of some stupid restrictions," Billy responded: "thank you for understanding". 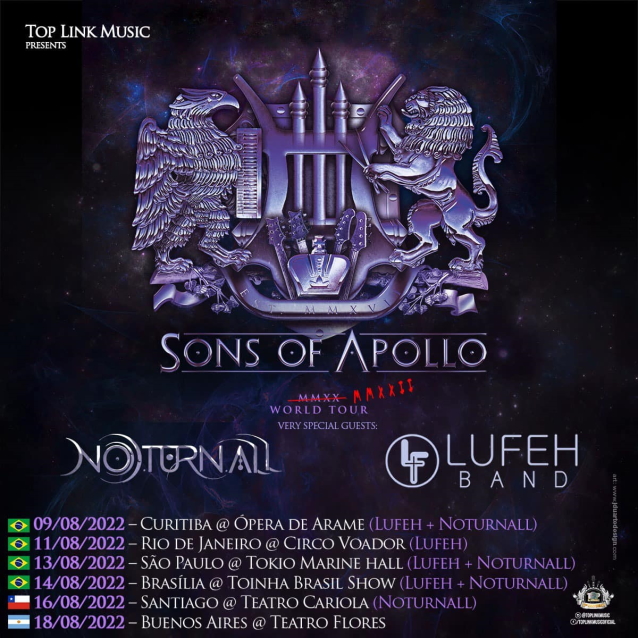