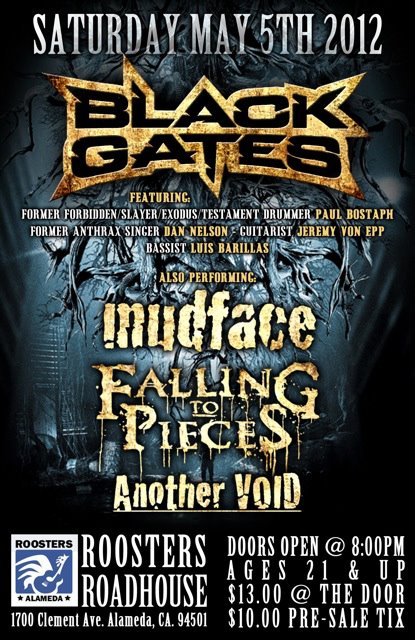 BLACKGATES made its live debut on May 5 at Rooster's Roadhouse in Alameda, California as part of the Cinco De Mayo Metal Throwdown with guests MUDFACE, FALLING TO PIECES and ANOTHER VOID. Fan-filmed video footage of the performance can be seen below.