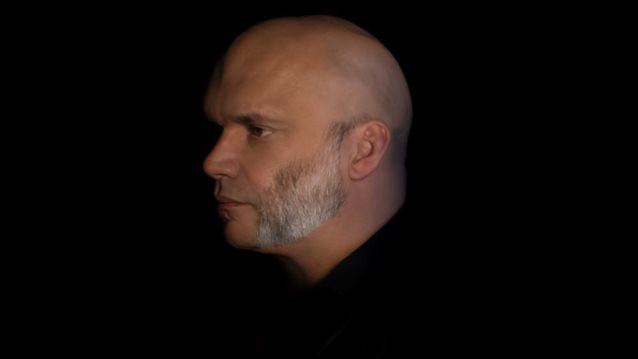 On coping with the pressures of being in IRON MAIDEN:

Blaze: "I've never made a secret of my mental-health problems. I didn't find out about that until after IRON MAIDEN, and I think if I'd have known this was what made me have some of the feelings that I have, I think I would have coped a lot better with the pressures of being in one of the world's top bands."

On the morale within the IRON MAIDEN camp during the recording of the much-maligned "Virtual XI" album:

Blaze: "There was a certain amount of anxiety, which would be natural because many people inside the business expected the band to fold after Bruce Dickinson left. Everybody was anxious; it was such a huge change; you've had all the really big successes with one singer, and then a new guy comes in and a lot of people in the business are going, 'Well, is heavy metal even relevant anymore? Why do they even bother getting a new singer? Shouldn't they just pack it in?'"

On his early songwriting contributions to the album that eventually became IRON MAIDEN's "Brave New World":

Blaze: "Steve [Harris, IRON MAIDEN bassist] really liked the songs that we worked on together as much as I did, and he said, 'I'd really like to keep these songs,' so I said, 'Yeah.' I had no plans at that time, but I did have ideas during the tour that I'd been working on, that I was absolutely looking forward to working with Steve, and Dave [Murray, IRON MAIDEN guitarist] and Janick [Gers, IRON MAIDEN guitarist], and they ended up on my solo album 'Silicon Messiah'. I really felt that the third album to follow the 'Virtual XI' album would really convince the fans that I belonged there and it was worth me being there, because I really felt the music that we were going to come up was going to have a lot of power and passion in it."

On who chooses the MAIDEN setlist:

Blaze: "There are, like, ten songs which normally feature on the set list, and maybe occasionally one of them isn't in there, and then there are at least six songs from the new album. That's the basis of the set, and it's working it from there, really. Everybody could have an opinion; it was about what was best. Steve had an idea of what would sit nicely next to each other, but sometimes we'd change it as we went along the tour as well."

Read the full interview at EonMusic.