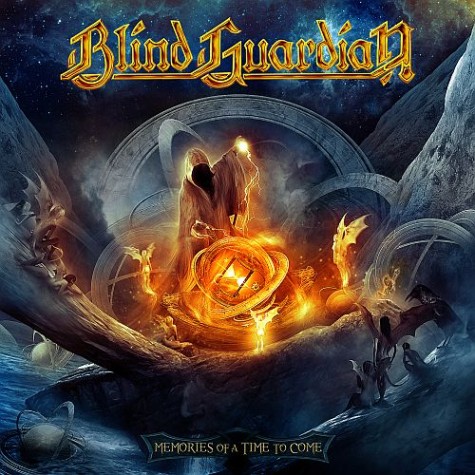 German power metallers BLIND GUARDIAN have posted the first episode of Guardian TV in which they field questions submitted by their fans on Facebook. Check it out below.

"Memories Of A Time To Come", the ultimate collection of BLIND GUARDIAN music from 1987 to 2011, will be released on January 20 via Virgin/EMI.

"Memories Of A Time To Come" will be available as a double CD, three-CD deluxe limited edition, including the band's demo recordings when they were called LUCIFER'S HERITAGE, and as download.

Commented the band: "Finally, after all these years, we have found the time to gather our most worthy songs into a best of compilation, representative of our career's first 25 years.

"From the very beginning it was important for us to undertake this project only if we could put the necessary time and attention to detail into it. With overwhelming nostalgia we have looked back on 25 years and came up with 'Memories Of A Time To Come', an organic mixture of some of our greatest songs.

"With the exception of 'Sacred Worlds', all songs on 'Memories of a Time to Come' have been remixed while 'The Bard's Song - The Hobbit', 'Valhalla' as well as 'And Then There Was Silence' have been re-recorded.

"This album contains some very pleasant surprises for the die-hard BLIND GUARDIAN fan and delivers a perfect image of our musical spirit to those who are not, or just loosely, familiar with the band. 'Memories Of A Time To Come' precisely defines our progression and the long-standing dedication to our music. We are proud to present an album that will take the listener on a musical voyage. This year's Christmas will be in January!"

CD 3: (only available with the deluxe limited edition)

An audio sample of an orchestral version of "The Bard's Song (In The Forest)" can be streamed in the YouTube clip below.

BLIND GUARDIAN is currently collaborating with Germany's best fantasy author Markus Heitz on an orchestral album which is expected to be released in 2012.

"At The Edge Of Time", the tenth studio album from BLIND GUARDIAN, sold around 4,400 copies in the United States in its first week of release to debut at position No. 108 on The Billboard 200 chart. The CD landed at position No. 1 on the Top New Artist Albums (Heatseekers) chart, which lists the best-selling albums by new and developing artists, defined as those who have never appeared in the Top 100 of The Billboard 200.

"The Bard's Song (In The Forest)" orchestral version: