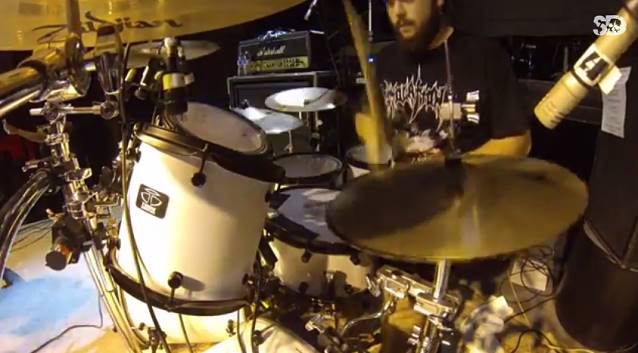 Drum-cam footage of Mike Miczek of reformed Chicago death metallers BROKEN HOPE performing the song "The Flesh Mechanic" on October 18 at the DNA Lounge in San Francisco, California can be seen below.