"Hell Chose Me", the new album from the California-based deathcore band CARNIFEX, sold around 3,100 copies in the United States in its first week of release. The CD landed at No. 4 on the Top New Artist Albums (Heatseekers) chart, which lists the best-selling albums by new and developing artists, defined as those who have never appeared in the Top 100 of The Billboard 200.

As the follow-up to 2008's death metal masterpiece "The Diseased And The Poisoned", CARNIFEX's third album takes aggression to the next level. Influenced by the likes of CANNIBAL CORPSE, SUFFOCATION, and THE BLACK DAHLIA MURDER, this San Diego quintet really knows how to bring the brutality. Growing in notoriety, CARNIFEX has been featured in Kerrang!, Outburn and Revolver magazines.

"From when we started to now, a lot has changed," states vocalist Scott Lewis. "The progression we've gone through is staggering. With the confidence we have in this record, we know we will be making new fans.

"If anybody is expecting CARNIFEX to lighten it up, better luck next time. Dark, sick, painful — that's the concept of this album lyrically, and the music brings all of that emotion and puts it right inside your head."

Having returned from the Bonecrusher Fest tour in Europe, CARNIFEX will begin to annihilate the masses in San Diego, California on March 5 on the Atticus Metal Tour. 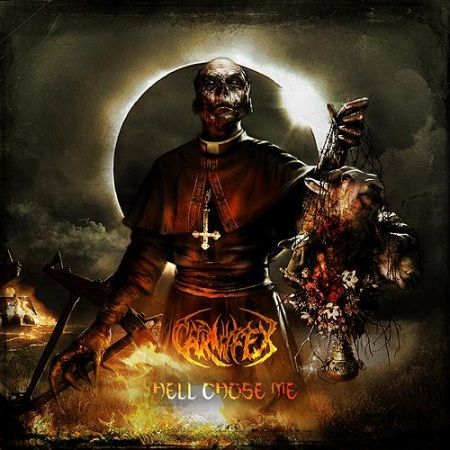