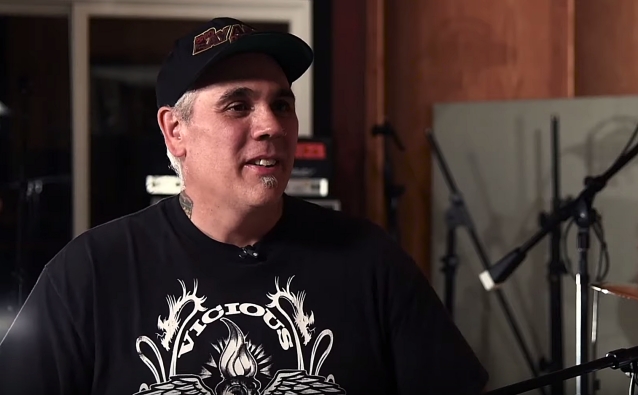 Metal Hammer journalist Dom Lawson recently sat down with MACHINE HEAD's "Burn My Eyes"-era drummer Chris Kontos to talk the album's impact, what it's like to play with Robb Flynn and Logan Mader for the first time in 24 years, and the excitement of the upcoming anniversary tour. Check out the discussion below.

A new MACHINE HEAD song, "Do Or Die", will be released later this month to coincide with the announcement of the U.S leg of the band's "Burn My Eyes" 25th-anniversary tour. The shows will see Kontos and Mader join the band onstage again to play the group's classic 1994 debut album in full.

According to Flynn, "Do Or Die" was recorded last December with the help of WARBRINGER drummer Carlos Cruz, who stepped in to play on the track following the departure of MACHINE HEAD's longtime drummer Dave McClain.