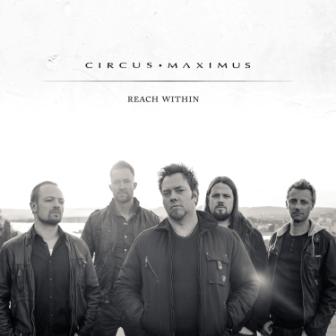 An EPK (Electronic Press Kit) for "Nine", the third album from Norwegian progressive metallers CIRCUS MAXIMUS, is available below. The CD will be released on June 5 in North America (four days earlier in Europe) via Frontiers Records.

Five years after the release of the concept album "Isolate", CIRCUS MAXIMUS is back with what is described in a press release as "a strong and mature CD."

"A lot happened in our personal lives during the past few years," explains drummer Truls Haugen. "Three of us had kids, plus we also had a several bumps in the road with the production. So it has not exactly been a joyride, but it feels great to finally be done, and after all this time we are ready to unleash our new monster!"

CIRCUS MAXIMUS worked hard to further refine its sound. The band's musical formula is not easy to accomplish — take jaw-dropping musicianship, add a singer like Michael Eriksen with a voice from heaven and toss it together with hooks, anthemic melodies and enough groove and heavy riffing that really gets into your head.

For this new record, CIRCUS MAXIMUS presents the best of both worlds — offering their most melodic and at the same time heaviest moments of their repertoire, with class and maturity which is really from another world.

"The majority of the material on the new record was written by Mats Haugen and he has taken the music to a kind of simpler and more accessible approach, yet kept the progressive elements and the 'nerve' that is CIRCUS MAXIMUS," says Truls. "We're actually more melodic and heavier on this new record than we've ever been."

"Reach Within" was released as a digital single on April 27. A video for the song is also in the works.

CIRCUS MAXIMUS will play select shows in the summer before launching a full-scale tour in support of the new album.

"We will definitely represent this album live to the whole world," says truls. "We will do more live shows and more touring than ever and we really can't wait to get back on the road!"