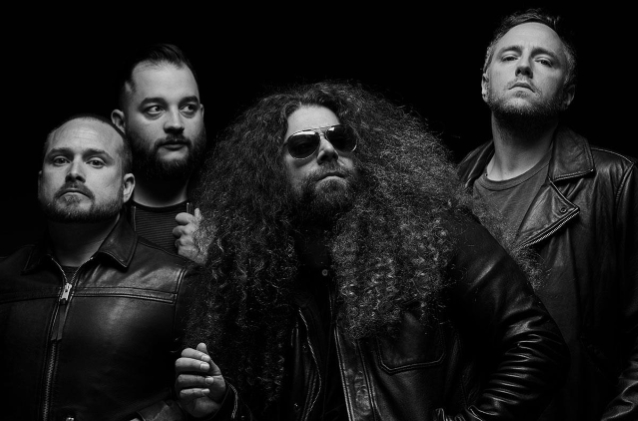 Modern progressive rock band COHEED AND CAMBRIA has canceled its remaining 2019 tour dates in order to allow drummer Josh Eppard time to recover in full from an upcoming heart operation.

COHEED AND CAMBRIA announced the cancelation in a social media statement on Friday. The group wrote: "As some of you may have heard, our fantastic drummer, Josh Eppard had a fainting spell on stage early in our set Saturday night in Orlando. After a visit from the paramedics, he insisted on coming back out to finish the show — which was extremely courageous — but even with the amount of awe we felt, everyone was very concerned. Upon his return home, Josh's doctors advised him to undergo a procedure called a 'cardiac ablation' in the coming weeks. This procedure will close an 'extra pathway' to Josh's heart, which has been causing an irregular heartbeat for some time, and is believed to be responsible for the occurrence in FL.

"Due to the necessity of this procedure, COHEED AND CAMBRIA will be canceling the rest of our 2019 dates to let Josh get back to full health, so that we can make sure there will be a World for Tomorrow.

"We apologize from the bottom of our hearts to fans in the Midwest and those in Australia, as well as the organizers of these shows. We feel strongly that an abundance of caution is the best move for Josh and for the band at this time.

"Let there be no confusion, we will be back bigger and stronger in 2020, and are already planning big announcements on the horizon."

COHEED AND CAMBRIA's latest album, "The Unheavenly Creatures", was released last year. The 78-minute disc debuted in the Top 15 of the Billboard 200 chart.

Comprised of Eppard, Claudio Sanchez (vocals / guitar),Travis Stever (guitar),and Zach Cooper (bass),COHEED AND CAMBRIA has gripped listeners and press around the globe with its visionary compositions and conceptual mastery.

Big Announcement:
Hello Everyone,
As some of you may have heard, our fantastic drummer, Josh Eppard had a fainting spell...