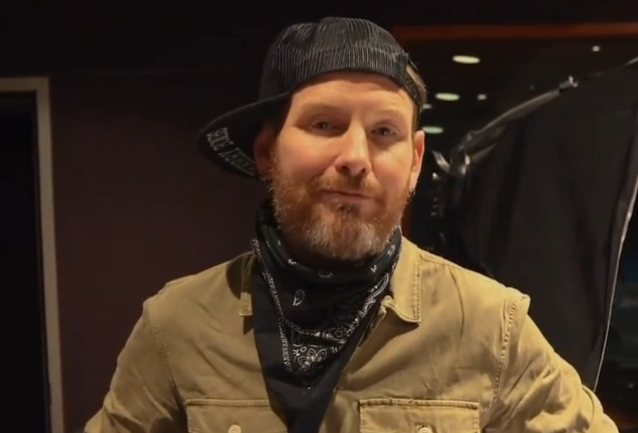 COREY TAYLOR: 'I Hate All New Rock For The Most Part'

In a brand new interview with "Cutter's Rockcast", Corey Taylor decried a lack of originality in modern rock music, saying he hates most young rock artists who are not even trying to come up with anything fresh. The SLIPKNOT and STONE SOUR frontman explained (see video below): "I look at some of these bands that sound like this or sound like that or sound like the other guy, and it's just, like, well, they obviously listened to two albums that have been out for a minute. But the ones that really frustrate me are the ones that they take something that's been around forever and then just basically rework it and call it new — even though it's completely derivative. You know the band they're ripping off — they're not even trying to rip off a bunch of bands; they're ripping off one band. But the younger generation picks them up and says, 'This is our blah blah blah,' because they're tired of old people telling them that the music that came before them was better. And I don't know who's right, but I know both are wrong, because we should be encouraging everything."

He continued: "I'm just as bad. I'm the worst old fogey dude shaking his cane ever. And I hate everything. I hate all new rock for the most part. I [hate] the artists who failed in one genre and decided to go rock — and I think he knows who he is. But that's another story. I'm the worst. And I hate everything. And people are used to that with me, though. But I have also encouraged the younger generation to think past the boundaries of what we listen to. Do something that feels fresh; it may not have to sound fresh, but it's gotta feel fresh. If it's dead, then people are gonna treat it as dead, man."

Taylor and the rest of SLIPKNOT are expected to return to the road later this year in support of their latest album, "We Are Not Your Kind", which arrived in August 2019 via Roadrunner Records.