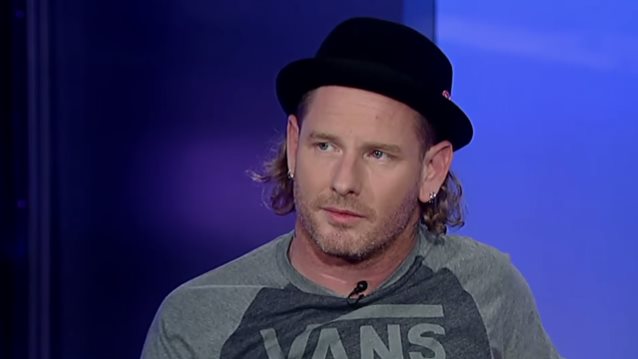 SLIPKNOT and STONE SOUR singer Corey Taylor was interviewed earlier this week on the Fox Business program "Kennedy", hosted by former MTV VJ Kennedy. You can now watch the segment below.

"When Chester died, I was, like, 'That's it,'" he continued. "I've really been devoting a lot of time and effort into promoting a lot of the suicide prevention centers. The Lifeline is what it's called — it's a national consortium of all the local suicide hotlines. But there's also a lot of great, different organizations that deal with it — whether it's pre-teen stuff, like You Cannot Be Replaced, or the older generation has The You Rock Foundation."