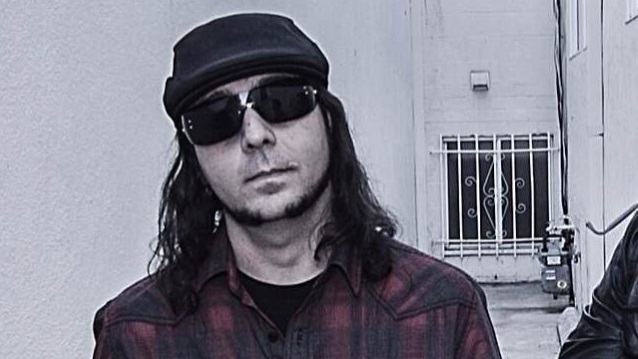 DARON MALAKIAN: 'As Of Right Now, SYSTEM OF A DOWN Is Not Making Albums'

SYSTEM OF A DOWN guitarist Daron Malakian spoke to U.K.'s Kerrang! magazine about "Lives", the recently released single and video from his long-dormant side project, SCARS ON BROADWAY. The track marks the first new music from SCARS since the song "Fucking" came out in 2010. The band itself, now rebranded DARON MALAKIAN AND SCARS ON BROADWAY, has undergone a complete overhaul, with none of the members from the group's 2008 debut — including SYSTEM drummer John Dolmayan — appearing on the new song.

"Lives" is taken from DARON MALAKIAN AND SCARS ON BROADWAY's upcoming album, "Dictator", which will be released on July 20. The disc was recorded in 2012 but has remained unreleased — until now.

Daron told Kerrang! that he is a very prolific songwriter. "I don't really write for people, and if no one heard what I wrote, I would still write songs," he said. "It's just what I do. If I'm not writing I feel like I'm not doing what I'm here to do. So I have a lot of music that's still to be released in the future, whether it's with SYSTEM or SCARS. I have a lot of material.”

Malakian added that, in an ideal world, he would be releasing music with both SYSTEM OF A DOWN and SCARS ON BROADWAY. "I think the SCARS stuff tends to take more of a rock direction, even though I would say there's a lot of material on [the upcoming SCARS ON BROADWAY] album that I think has more of a SYSTEM OF A DOWN flavor in it than maybe the first SCARS album did," he said. "As of right now, SYSTEM's not making albums, so this is the project through which I'm releasing my songs."

Regarding the delay in getting "Dictator" released, Daron told Rolling Stone: "I recorded the album, and then around that time, SYSTEM started playing live again. So every time we'd play live, there'd be conversations like, 'Maybe we'll do an album.' So being the guy who wrote the majority of almost all the SYSTEM songs in the past, I was, like, 'All right, let me see what's happening with it. Let me hold on to these songs and let me see how this develops.' We talked about it and we weren't all on the same page. Not everybody was into the idea. But every time we played live, it kept coming up.

SYSTEM OF A DOWN, which has toured intermittently since ending its hiatus in 2011, has some shows coming up this year but has not released new music in 12 years.