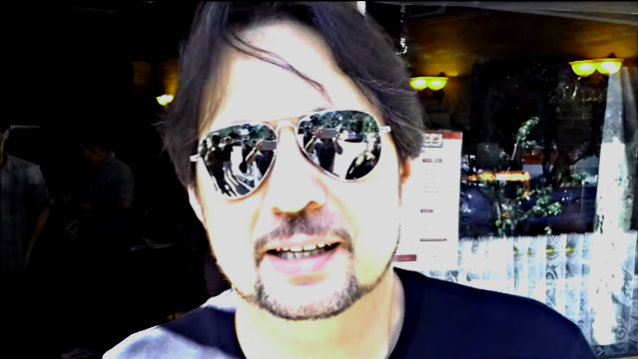 DAVE LOMBARDO: 'I Won't Ever Be Going Back' To SLAYER

Former SLAYER drummer Dave Lombardo says that will never rejoin the group, claiming that he was no longer close with his former bandmates prior to his latest departure from the California-based thrash metal act. "I didn't have that [kind of friendship] towards the end," Lombardo told Metal Hammer magazine. "We just saw each other before going onstage every night. You travel in different buses and hang out in different circles. It made it very hard to go onstage and have any sort of chemistry."

Asked if fans will ever see Lombardo reunited with SLAYER, the drummer replied: "No. That's it. I'm done now. I've got lots of other things on my plate and I now know that, when it comes to money, you don't have any friends in this business. I won't ever be going back."