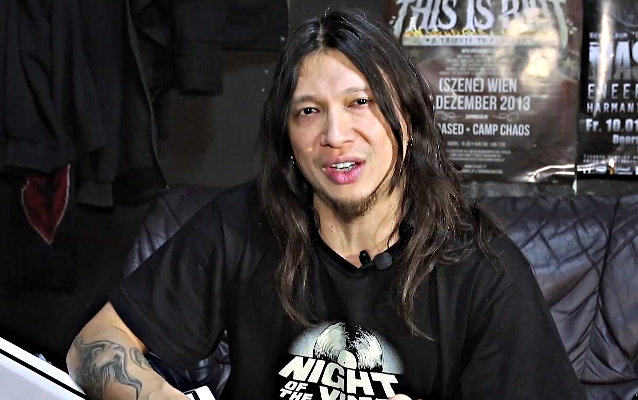 GuitarMania.eu conducted an interview with DEATH ANGEL guitarist and founding member Rob Cavestany on December 2 at the Szene in Vienna, Austria. They also went through a rig rundown of Rob's and Ted Aguilar's equipment with their guitar technician Florian Schluck.