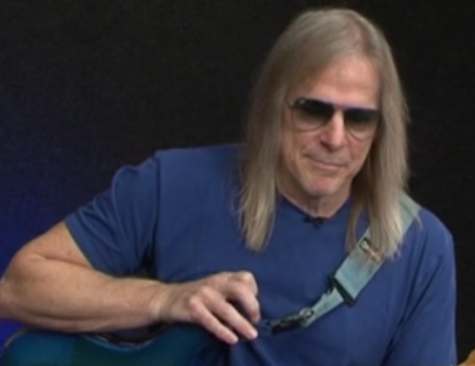 DEEP PURPLE guitarist Steve Morse was interviewed for issue 9 of iGuitar magazine in which he talks about his influences, the different bands he has been involved in throughout his career (DIXIE DREGS, KANSAS, DEEP PURPLE); why he quit music twice and what made him love it again; his equipment and how DEEP PURPLE became his family after the turmoil he was going through at the time. Steve also tells a story about how he used to wear a wig to school to cover up his long hair until they introduced a "no-wig" dress code. You can check out the entire interview at this location.

As previously reported, DEEP PURPLE has tapped Bob Ezrin (KISS, PINK FLOYD, PETER GABRIEL, ALICE COOPER, KANSAS) to produce their next album, tentatively due in early 2013. Morse tells GlideMagazine.com, "[This next CD is] probably going to be more of an extravaganza. Everybody realizes we're not going to do this forever, so to me it feels like this is a really important album to do well."

DEEP PURPLE's 18th studio album, "Rapture of the Deep", was released in November 2005. It was the fourth studio CD from DEEP PURPLE since Steve Morse joined the band in 1994. It was also the second album to feature veteran keyboardist Don Airey.

"Rapture of the Deep" was produced by Mike Bradford, who also worked on the band's previous release, 2003's "Bananas".