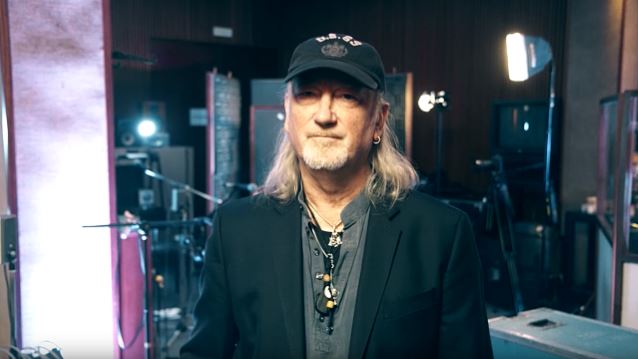 DEEP PURPLE's New Album To Be Released In The Spring, Says ROGER GLOVER

DEEP PURPLE's new studio album is tentatively due in early spring, bassist Roger Glover has revealed in a new video message (see below).

The as-yet-untitled follow-up to 2013's "Now What?!", which was tracked in February at a studio in Nashville, Tennessee, was once again helmed by Bob Ezrin, who has previously worked with KISS, PINK FLOYD, PETER GABRIEL, ALICE COOPER and KANSAS, among others.