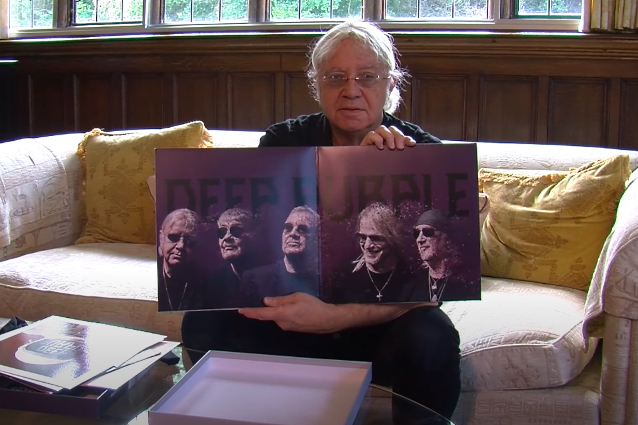 Legendary rockers DEEP PURPLE will release their new album, "Whoosh!", on August 7 via earMUSIC. The LP was once again helmed by Canadian producer Bob Ezrin (KISS, PINK FLOYD, ALICE COOPER),who also worked on the band's last two studio albums, 2017's "Infinite" and 2013's "Now What?!" Together they created the most versatile album in their collaboration. DEEP PURPLE "stretched out in all directions" without any limitation, letting their creativity go.

"Whoosh!" will be available as limited CD+DVD mediabook (including the one-hour feature "Roger Glover And Bob Ezrin In Conversation" and, for the first time, the full live performance at Hellfest 2017 as video),2LP+DVD edition, limited box set and digital.

A video of DEEP PURPLE drummer Ian Paice unboxing the "Whoosh!" box set can be seen below.