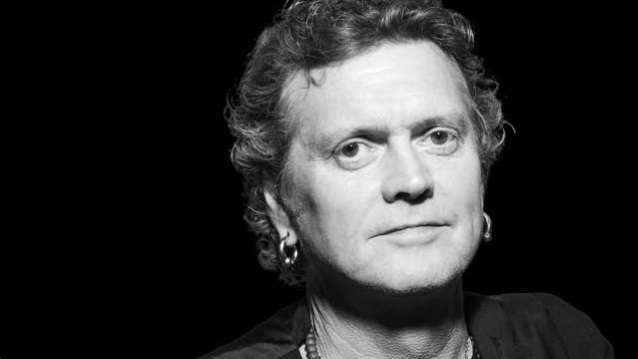 DEF LEPPARD Drummer On Working With 'Wounded Warrior Project': 'They Speak The Same Language As Me'

On working with the non-profit Wounded Warrior Project, which aids veterans and active duty service members:

Rick: "It's become really important for me. I took a lot of my experience of trauma and how I dealt with it — whether that be meditation, or breathing, or diet, or working with horses — but I took that to our Warriors, and I realized after meeting our Warriors that they speak the same language as me. I understand about self-medication and all that stuff, so I took my experience and I learned a lot from them also. It becomes this wonderful two-way street. They deserve it. Everybody deserves it — everybody deserves to be paid attention to. We all have a story, and I always say, 'We're all traumatized in some shape or form, just some of us more than others.' Even though my trauma wasn't combat-related, the mind doesn't know that. It's a worthy cause — it's really good, and it helps me along the way."

On "Drums For Peace", his art exhibit that has recently been on display at several galleries across America:

Rick: "There's all kinds of pieces that were inspired growing up in England — a lot of Union Jack flags, telephone boxes, double-decker buses. There's one piece that I worked on recently that I'm particularly proud of. I'm just calling it 'Legends'. There will be many of them. I started out with this really cool, posterized version of [late DEF LEPPARD guitarist] Steve Clark. I'm particularly proud of it because it was the first time I tried this technique, and it worked out really good. It's one of those pieces where you look at it closely and it doesn't particularly make sense, but as soon as you back off or squint your eyes, you go, 'Wow, it's Steve Clark.' I sent a photograph of it to my mother, and she said, 'Oh, I'm going to go and see Steve's mother.' They took it over there, and apparently she just [had] tears rolling down her cheeks. She was just really, really proud of the fact that I'd done that. What better way for me to show my love for Steve and the fact that I knew him."

On the origins of his interest in art:

Rick: "Painting I actually started when I was very young, and got more paint on me than on anything else. Lost interest, discovered music when I was nine or ten years old, and then when my youngest was born, by the time my youngest was born, by the time she was old enough, we started painting together, and it just reignited my passion. I saw where she went – it was that mindless sort of place where she just was in the moment and just did it. No rules, just painted. We started doing that together, and my wife encouraged me to show some of the work to other people, and the response was really positive, so I kept on doing it, so here we are."

On the inspiration behind his piece titled "Courage After Combat":

Rick: "If somebody's medically discharged, I think sometimes our Warriors feel like they lose their identity. The whole idea of that is, it's a metaphor for being able to move forward in life without that tag of being a Warrior. Nobody can ever take that away from them. Just because you're not out there on active duty doesn't mean that there aren't other things you can find to propel you forward."

Allen's left arm was amputated after he was involved in an auto accident in his native England on December 31, 1984, yet with the aid of custom drum kits, he has continued to serve as DEF LEPPARD's drummer to this day.

DEF LEPPARD and JOURNEY will join forces for a massive co-headlining tour of North American stadiums and arenas. The 58-city trek will kick off on May 21 in Hartford, Connecticut and run through October 6 in Los Angeles. Tickets go on sale beginning Saturday, February 3 at LiveNation.com.