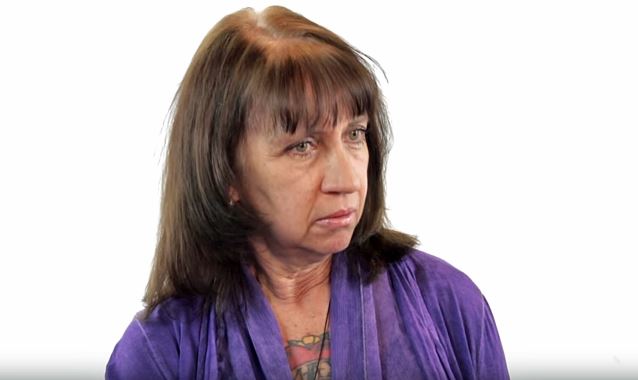 Did SEPULTURA's Former Manager Call Out Band For Being 'Obsessed' With MAX CAVALERA?

Former SEPULTURA manager Gloria Cavalera (pictured) has apparently accused the band's current lineup of being "obsessed" with her and her husband, ex-SEPULTURA frontman Max Cavalera.

Gloria's comments come a day after it was announced that Max — who has been fronting SOULFLY for the past twenty years — and fellow ex-SEPULTURA member Igor Cavalera will celebrate the twentieth anniversary of SEPULTURA's classic album, "Roots", by performing the LP in its entirety at this year's edition of the Amnesia Rockfest. Also booked to appear at the same event is the current lineup of SEPULTURA, which includes the other two members of the band that played on "Roots", guitarist Andreas Kisser and bassist Paulo Xisto Pinto Jr..

In a public post on her personal Facebook page, apparently directed at the members of SEPULTURA but without mentioning them by name, Gloria wrote: "How sad to be obsessed with Max and me for 20 years.... You have not one memorable achievement in all these years. You desperately book a FREE show the same day as SOULFLY, whose show has been booked for much longer? You wasted your life watching Max... Pretty jealous in your camp, eh? Have fun being envious till your last breath... We stand with our Tribe!"

In 1996, Max exited SEPULTURA after the rest of the band fired Gloria as their manager.

In a 2015 interview with Metal Wani, Kisser stated about the persistent talk of a possible reunion of SEPULTURA's classic lineup: "I think it's gonna go on forever. Unfortunately, people are really… They're stuck in a date, in a year, in an era of their life. They didn't develop something of their own. They didn't move on, it seems like."

He continued: "We had to rebuild SEPULTURA from scratch, because when Max left, he took the management, he took the label, he took, basically, [producer] Ross [Robinson] and [producer/mixer] Andy Wallace. It took everything that we built… It took ten years to build that, [and] Max took it for him. And it was very difficult for us, of course — to lose the lead singer, a charismatic guy… Max was really one of a kind of a lead singer, you know, so it was very difficult on that respect, but the most difficult part was really to rebuild the whole structure — the confidence from the label and the fans. The campaign that [Max] Cavalera did was really… He tried to separate the axis of evil: 'Either you're with me or with them.' It was something very stupid in the end. I mean, this is not a political party; this is music. If you choose to follow a different path, so be it — just go for it. Don't keep looking back and talking shit — which he still does. But that's his problem, and that's something that he has to deal with."

FeMetal TV last year conducted an interview with Gloria Cavalera. You can watch the chat below.

How sad to be obsessed with Max and me for 20 years.... You have not one memorable achievement in all these years. You...