Daray played his final concert with VADER on August 30, 2008 as part of the band's 25-year anniversary show at Stodola Club in Warsaw, Poland. The gig, which was sold out, also featured performances from GRAVE, ROTTING CHRIST, DISMEMBER, GOREFEST, MARDUK, NILE, ENTOMBED and SAMAEL.

In a late 2008 interview with Metal-Rules.com, DIMMU BORGIR guitarist Silenoz was asked how he would you rank Daray against all the other drummers the Norwegian black metal band has worked with over the years. "I would say that he is the most steady and consistent drummer I've ever played with, no matter what," he replied. "He's extremely reliable, hard-working, determined and he really, really pushes himself, you know? Even if he plays a really killer show and the rest of us have nothing to complain about, he still is not happy. It's not good enough. That's the attitude we need, you know? After all, the drummer is the engine in the band and you won't get anywhere if you only have oil and gas…you need the engine to work too…so… he's awesome." 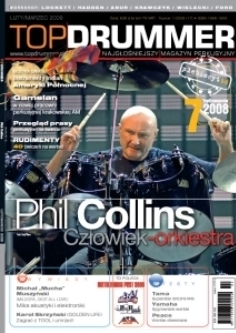