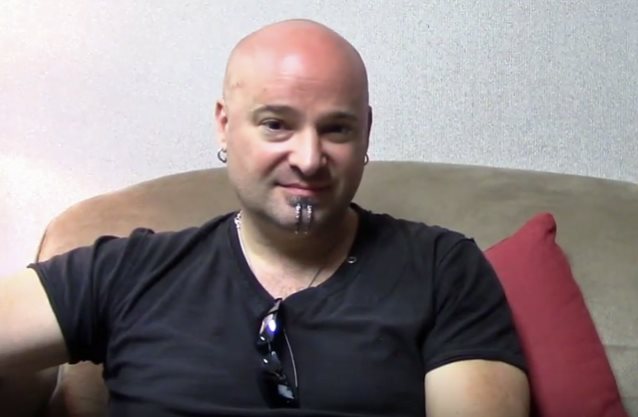 DISTURBED performed its cover version of SIMON & GARFUNKEL's "The Sound Of Silence" on today's (Monday, November 7) episode of Australia's "The X Factor". You can now watch video footage of the band's appearance below.

DISTURBED singer David Draiman has defended the band's decision to perform on "The X Factor", saying in an online post: "To those of you saying 'sellouts,' or, 'What is DISTURBED doing on 'X Factor' anyway?', we're fighting the good fight for our genre to be respectably represented. All rock bands should. All artists/musicians want to spread their work to as many people as possible. That's what it's all about. Sharing the beauty of what you created. If that is considered 'selling out' to some people, then so be it."

Draiman told the X96 radio station that DISTURBED has been surprised by the huge commercial success of its cover of "The Sound Of Silence". He said: "It keeps on spreading to parts of the world that either we've never been to or that are just discovering it. The track is, as of yesterday, No. 2 on the iTunes Top 100 in Germany, it's No. 3 in Luxembourg, it's No. 1 in Slovenia. I mean, some places that we've literally… I've never been to Slovenia before. So it's pretty amazing to see how many people have been embracing it and how widely it's been embraced."

The video for DISTURBED's version of "Silence", which was released in December 2015, has been seen more than 131 million times, a record number of views on YouTube for the group.

DISTURBED went on hiatus at the end of 2011, with Draiman and the other members of the band all pursuing other projects for several years before returning in 2015.

The band began a new round of North American tour dates on September 23 in Las Vegas, ending in Sacramento, California one month later.