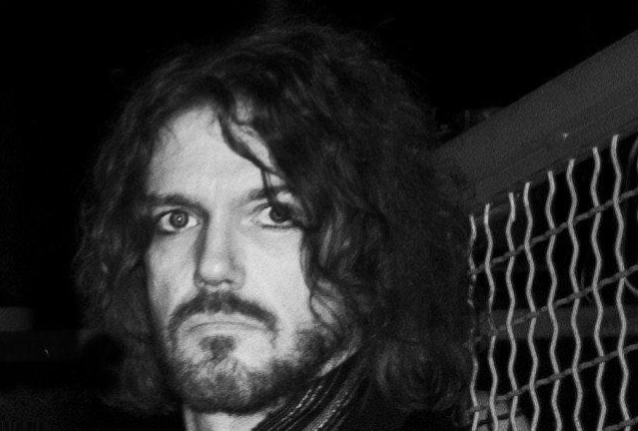 DIZZY REED: 'I Know What My Role Is With GUNS N' ROSES'

GUNS N' ROSES keyboardist Dizzy Reed was recently interviewed by the "Nothing Shocking" podcast. The full conversation can be streamed below. A couple of excerpts follow (transcribed by BLABBERMOUTH.NET).

On how important it is for him to have an extra outlet, like his solo band and HOOKERS & BLOW, to play with when GUNS N' ROSES is off the road:

Dizzy: "I know what my role is with GUNS N' ROSES, and I'm very content and happy with that, and I'm very grateful and thankful that I've had that opportunity, over the years, to be a part of that, but as a musician and as an artist, I think it's important to have an outlet to go… There's other things that I can do and there's songs that I wanna sing and other things that I wanna do, and it gives me an outlet to do that, and that's great. But my number one priority is always with GUNS N' ROSES, and I'm always ready to do that when they need me. And I'm thankful and grateful that they are cool with me doing other things, like I [have been] doing."

On his preference for touring in terms of where he plays and how much time he spends on the road:

Dizzy: "Endless touring — that's my preference. That's how I roll. I'll take it whenever I can get it, 'cause there's been times in my life and my career where there was nothing. So if it's available, I'm gonna do it. That's what I prefer."

One how he keeps from being burnt out on touring after spending months on the road:

Dizzy: "Jägermeister. Actually, the real answer to that question is it's all I know how to do; it's my job and I'm way past the point of no return — like, way past. There's nothing else I can really do. And these days you don't make a lot of money selling records — if any at all, really. You've gotta go out and play in front of people. And I feel like that's what I was born to do — I've been doing it my whole life, since I was 10 years old. So that's how I do it. And if I start to get burnt out sometimes, and I do — we all do; the traveling really starts to take a lot out of you when you get older — but when it gets to that point, I just think about people that are busting their hump in a coalmine or working at a convenience store, or whatever the hell, and I think, 'I don't have it so bad, man.' And that's what keeps me going."

Reed is the longest-serving member of GN'R after singer Axl Rose. He joined the band as a touring member in 1990, during the "Use Your Illusion" era, and has played with most of the original members as well as in all the later editions of the group and the current "reunion" lineup.