EDDIE VAN HALEN In His Own Words: 'Eruption: Conversations' Book To Be Released In October

"Eruption" offers a new look at guitar legend Eddie Van Halen via a groundbreaking oral history composed of more than 50 hours of interviews with Eddie, his family and friends.

Published to coincide with the first anniversary of Eddie's death from cancer, the book highlights his greatest triumphs as a groundbreaking musician, including an unprecedented dive into VAN HALEN's masterpiece "1984". It takes an unflinching look at Eddie's early struggles as a young Dutch immigrant unable to speak English, which resulted in lifelong issues with social anxiety and substance abuse. It also examines his brilliance as an inventor who changed the face of guitar manufacturing, as well as his turbulent marriage to Valerie Bertinelli and his relationships with bandmates David Lee Roth and Sammy Hagar.

As entertaining as it is revealing, "Eruption" is the closest readers will ever get to hearing Eddie's side of the story regarding his extraordinary life.

* Details of his childhood struggles as the son of biracial and immigrant parents
* Eddie's battles with social anxiety, which encouraged later problems with alcohol and cocaine
* His impact on the guitar industry, including how he built his own guitar with spare parts, known as "Frankenstein," and created a trend that eventually changed the way electric guitars were made, revolutionizing the guitar industry
* His often-stormy relationships with VAN HALEN's trio of singers David Lee Roth, Sammy Hagar and Gary Cherone
* His long and complicated marriage to Valerie Bertinelli; his close relationship with his son/bassist Wolfgang Van Halen; and his marriage to second wife and publicist Janie Liszewski, who helped him recover from substance abuse and supported him through his many cancer treatments
* Details of his 20-year cancer battle and death

Official book description: When rock legend Eddie Van Halen died of cancer on October 6, 2020, the entire world seemed to stop and grieve. Since his band VAN HALEN burst onto the scene with their self-titled debut album in 1978, Eddie had been hailed as an icon not only to fans of rock music and heavy metal, but to performers across all genres and around the world. VAN HALEN's debut sounded unlike anything that listeners had heard before and remains a quintessential rock album of the era.

Over the course of more than four decades, Eddie gained renown for his innovative guitar playing, and particularly for popularizing the tapping guitar solo technique. Unfortunately for Eddie and his legions of fans, he died before he was ever able to put his life down to paper in his own words, and much of his compelling backstory has remained elusive — until now.

In "Eruption", music journalists Brad Tolinski and Chris Gill share with fans, new and old alike, a candid, compulsively readable, and definitive oral history of the most influential rock guitarist since Jimi Hendrix. It is based on more than 50 hours of unreleased interviews they recorded with Eddie Van Halen over the years, most of them conducted at the legendary 5150 studios at Ed's home in Los Angeles. The heart of "Eruption" is drawn from these intimate and wide-ranging talks, as well as conversations with family, friends, and colleagues.

In addition to discussing his greatest triumphs as a groundbreaking musician, including an unprecedented dive into VAN HALEN's masterpiece "1984", the book also takes an unflinching look at Edward's early struggles as young Dutch immigrant unable to speak the English language, which resulted in lifelong issues with social anxiety and substance abuse. "Eruption: Conversations With Eddie Van Halen" also examines his brilliance as an inventor who changed the face of guitar manufacturing.

As entertaining as it is revealing, "Eruption" is the closest readers will ever get to hearing Eddie's side of the story when it comes to his extraordinary life. 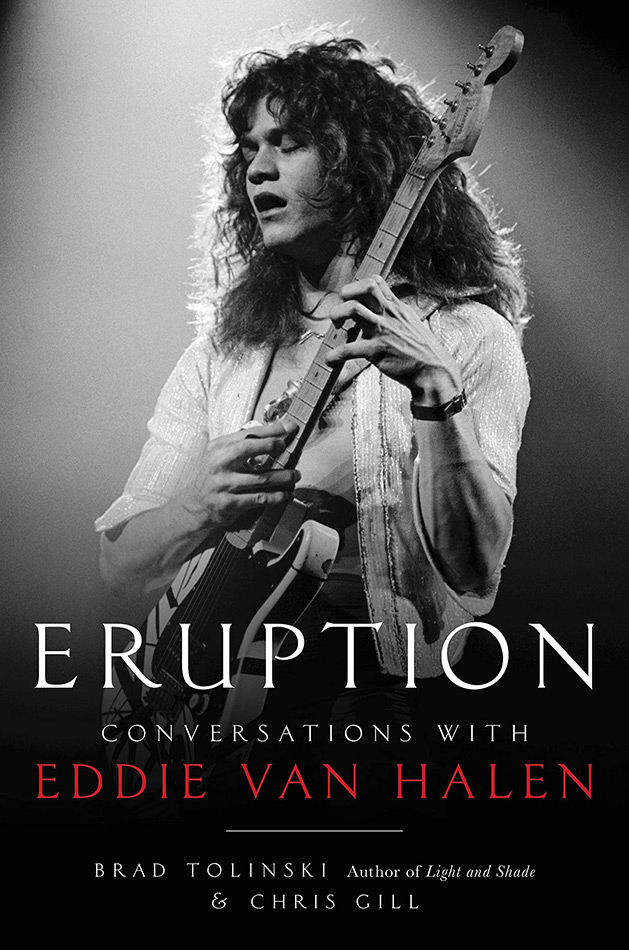