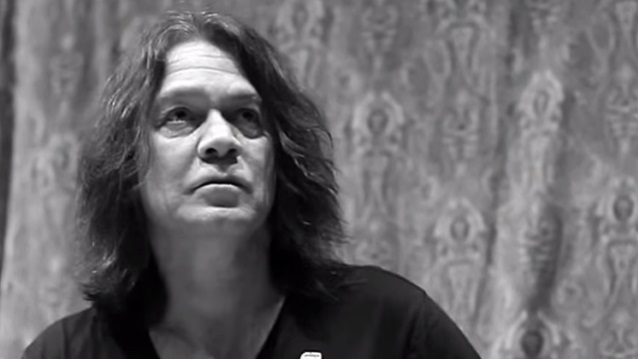 The Smithsonian's National Museum Of American History and Los Angeles-based Ideas Exchange Zocalo Public Square are partnering to launch "What It Means To Be American", a collaborative three-year initiative aimed at engaging leading thinkers, public figures and Americans from all walks of life to explore how the United States became the nation it is today. The kick-off event January 14 will feature former Supreme Court Justice Sandra Day O'Connor and Anna Maria Chavez, CEO of the Girl Scouts Of The USA, at the Heard Museum, a Smithsonian affiliate in Phoenix. Music icon Eddie Van Halen will headline the next event at the National Museum Of American History in February.

The initiative will foster a national conversation through a series of free public events across the U.S. The first event, "The Women Of The West", features native Arizonans — O'Connor and Chavez — discussing what it means to be a Western woman and what particular opportunities the region has offered women. A question-and-answer session will follow the moderated discussion, allowing audience members to further engage with one another and the speakers to continue the conversation.

Central to this project is a new website whatitmeanstobeamerican.org, featuring original articles by a mix of Smithsonian curators, scholars and Americans from different backgrounds, perspectives and places. The web site will also feature an interactive component, asking questions such as, "Where would you take George Washington to help him understand America today?" Readers will be prompted to submit written responses and upload photos. The site will also host event-related content, publishing photographs as well as video and audio recordings of each program, and will engage audiences through social media channels.

"Building a better future can only be accomplished by reflecting on our shared history," said John Gray, the director of the National Museum Of American History. "This innovative program invites Americans to participate in making and understanding their history through active dialogue by exploring the ideas and ideals that have shaped our country."

"At a time when so many Americans are concerned about social divisions and fragmentation, this is a wonderful opportunity to talk about the many things we share and have in common as Americans," said Gregory Rodriguez, Zocalo publisher and founder.

Support for the initiative is provided by the Carnegie Corporation Of New York and Arizona State University with additional assistance from the Inouye Hawaii Community Foundation, which is helping to bring the series to Hawaii beginning from August 2015 through 2018. "What It Means To Be American" is also in collaboration with the Smithsonian's Institution-wide project "Our American Journey", which connects a number of museums and research centers to explore the dynamic cultural interactions that have shaped the nation and is supported in part by the Consortium For Understanding The American Experience.

The "What It Means To Be American" initiative will inform the museum's upcoming exhibition projects centered on exploring the themes of democracy, immigration and migration and the nation we build together. Additional events will take place in the museum's Liberty Square, an interactive events space, scheduled to open with the exhibitions in 2016.

Through incomparable collections, rigorous research and dynamic public outreach, the National Museum Of American History explores the richness and complexity of American history. The museum helps people understand the past in order to make sense of the present and shape a more humane future. For more information, visit americanhistory.si.edu. The museum is located at 14th Street and Constitution Avenue N.W., and is open daily from 10 a.m. to 5:30 p.m. (closed Dec. 25). Admission is free. For Smithsonian information, the public may call (202) 633-1000.

Zocalo Public Square, a proud affiliate of Arizona State University, is a not-for-profit Ideas Exchange that blends live events and humanities journalism. Zocalo partners with educational, cultural and philanthropic institutions, as well as public agencies, to present free events and conferences in cities across the U.S. and beyond and to publish original daily journalism that is syndicated to more than 160 media outlets.