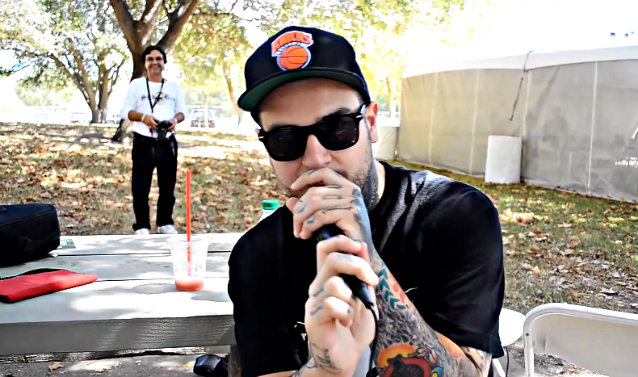 Caliber TV conducted an interview with vocalist Frank Palmeri of the Queens, New York-based deathcore act EMMURE at the Aftershock festival, which was held on September 13-14 in Sacramento, California. You can now watch the chat below.

EMMURE's seventh full-length album, "Eternal Enemies", was released on April 15 via Victory Records. According to a press release, the CD "is without a doubt the most aggressive, brutal and devastating of [album of the band's] career."