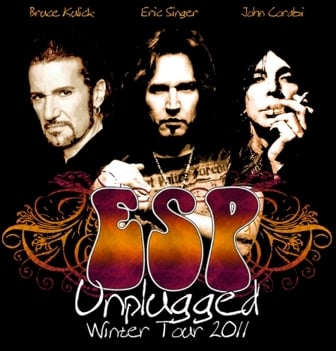 Journalist and musician Barbara Caserta of Italian web radio Linearock.it conducted an interview with ESP when they came through Italy. You can now watch the entire 27-minute chat below. Also available is footage of ESP's entire December 9 concert is Oslo, Norway.

ESP in 2006 released the "Live in Japan" CD. A DVD set filmed in Sydney, Australia, entitled "Live at the Marquee", was also issued.

ESP's setlist consists mainly of KISS hits and obscure KISS songs that have never before been played live, along with selections from MÖTLEY CRÜE, GRAND FUNK RAILROAD, ALICE COOPER and other classic rock bands.