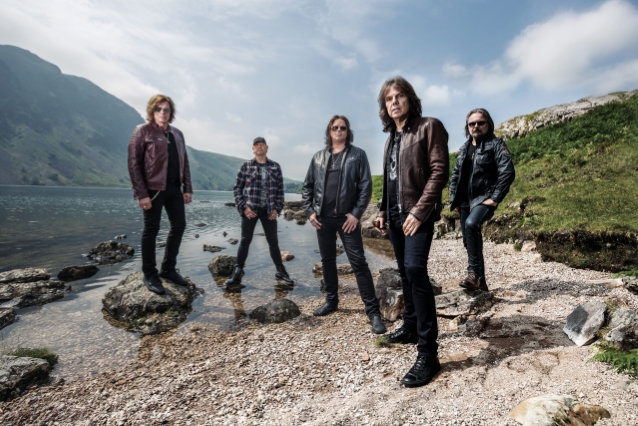 EUROPE To Begin Recording New Album In May 2023

In a new interview with "The Chuck Shute Podcast", EUROPE guitarist John Norum spoke about the band's plans for the long-awaited follow-up to 2017's "Walk The Earth" album. He said (as transcribed by BLABBERMOUTH.NET): "We're gonna start working. The plan is to start recording in May. So we are writing right now as we speak; everyone is writing new songs. And I'm really looking forward to this tour now too, stating next week, in South America. We're doing Argentina, Brazil, Chile."

Less than two months ago, EUROPE singer Joey Tempest told the "Behind The Vinyl" podcast that he and his bandmates would start recording their next album next year, "together with a documentary we hope [to have] out in the autumn — a EUROPE documentary [and] a box set, hopefully, of all the albums. But definitely a 40th-anniversary tour [for the first EUROPE album]," he said. "We don't feel like we wanna compete too much without a new album, so what we're gonna do is we want to record new music and release one or two [pieces] of new music next year, and then will be the big release the following year. That's at least what we're planning right now. 'Cause there's so much going on next year. And [we want to] focus on the documentary and the 40th-anniversary tour and some other things."