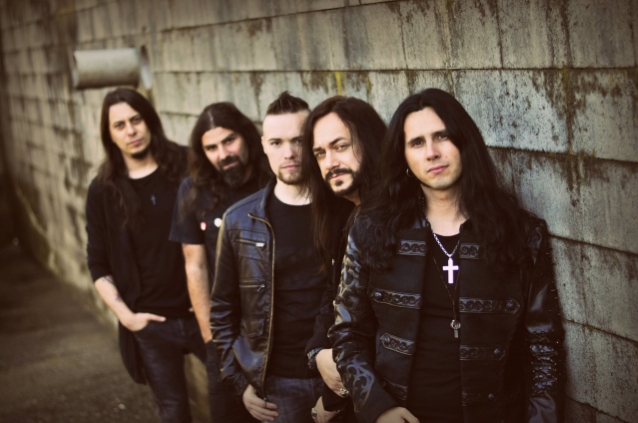 FIREWIND To Release Next Album In 2020

Gus, who is still promoting his "Fearless" solo album, spoke about his future plans during a brand new interview with Rock Titan. He said (see video below): "My European [solo] tour will end in December, and then I'll take a break for Christmas. And in January I'm gonna do a tour here in Greece. And then I'm coming back [to the U.S.] for the Monsters Of Rock cruise. I don't know what's coming up after that. I don't know if I'm gonna continue touring or I'm thinking maybe [I will] go back into writing a FIREWIND record."

Elaborating on the songwriting process for FIREWIND's next album, Gus said: "At this point, I'm just collecting ideas here and there — nothing too concrete, to be honest. So I don't have any firm plans of where and when; it's just like a thought in my mind, and I've talked with the [other] guys [in the band]. We'd like to put out a new record in early 2020 — that's what we're aiming. So that means that at some point next year, we should get serious about writing and making some time to go in the studio."

"Immortals" marked the first time FIREWIND used an outside co-producer, having worked with Ward, who not only engineered, mixed and mastered the album, but also co-wrote it together with Gus. The disc was also FIREWIND's first release with singer Henning Basse (METALIUM, SONS OF SEASONS),who previously toured with the band on various continents in 2007 and was the singer in Gus's solo touring group.