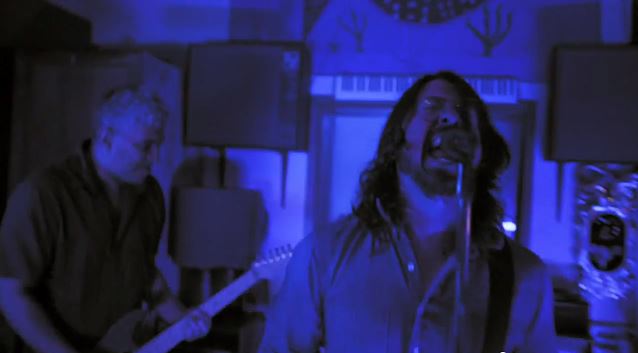 A new trailer for "Sonic Highways", the upcoming eight-part HBO documentary that chronicles the making of FOO FIGHTERS' new album of the same name, features a snippet of the band's new song "The Feast & The Famine". Check it out below.

The album arrives on November 10, while the eight-part series, which was directed by FOO FIGHTERS frontman Dave Grohl, premieres on October 17.

Dave Grohl said in a previous trailer, "I really believe the environment in which you write or record an album influences the musical result."

At another point in the trailer, Grohl remarked, "This is a musical map of America. It's a chronicling of our journey to unravel our musical identity."