The incendiary opening track of FOO FIGHTERS' critical and commercial smash album "Medicine At Midnight" — also the first song in the encore of the band's triumphant Madison Square Garden show — blazes in a whole new way with "Making A Fire: Mark Ronson Re-Version".

Dave recently revealed that "Making A Fire" was the first track FOO FIGHTERS recorded for "Medicine At Midnight". "We started with that 'Making A Fire' song, and I remember, after we finished that, I thought, 'Oh, we're gonna make a record that doesn't sound like any of other records,'" he said. "First of all, that house where we recorded it had the best drum sounds… That song, 'Making A Fire', started with just a riff. It's funny, someone gave me as a present this weird guitar. It was really light. I picked that thing up and wrote so many of the new songs on it. That was the first thing I played on it… It was such a weird riff, I had to kind of try to find a melody. That was the hardest part with that song."

The first single from the disc, "Shame Shame", was released in November. An accompanying music video for the song was directed by Paola Kudacki and co-stars FOO FIGHTERS frontman Dave Grohl and Sofia Boutella. "Shame Shame" renders in stunning black and white an interpretation of a recurring dream that's haunted Grohl since his childhood days. 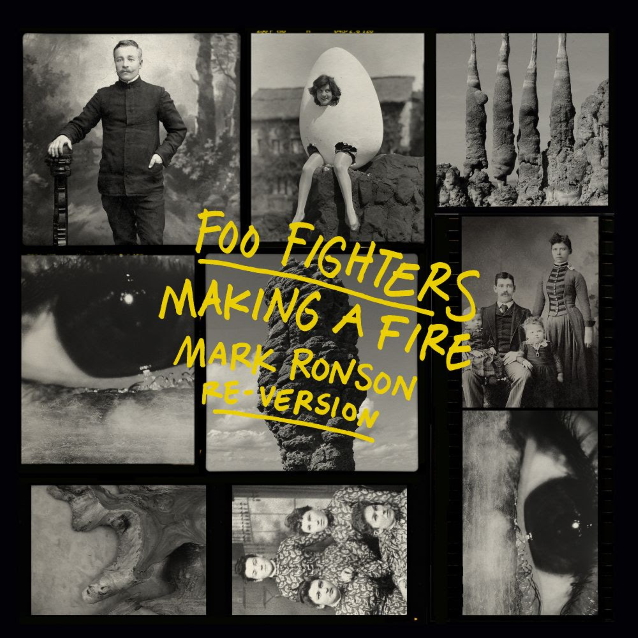