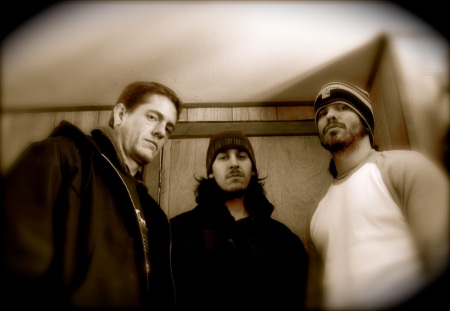 When asked in a brand new interview with Dose Of Metal what fans can expect from FAREWELL TO WASHINGTON, Nelson said, "People should expect very little from us, as we expect even less from each other."

FAREWELL TO WASHINGTON (pictured below) is:

Nelson's new band BLACKGATES also features drummer Paul Bostaph (TESTAMENT, ex-EXODUS, SLAYER, FORBIDDEN),guitarist Jeremy Epp (THE VENTING MACHINE) and bassist Uriah Duffy (WHITESNAKE). Dan previously stated about BLACKGATES's musical direction, "It's thrashy and heavy, so it will appeal to ANTHRAX and TESTAMENT fans. But has the groove and brutality of PANTERA, and is also very melodic. The guitarist is a kid from the Bay Area named Jeremy Epp, who's an unknown, but sensational. People are gonna love him."