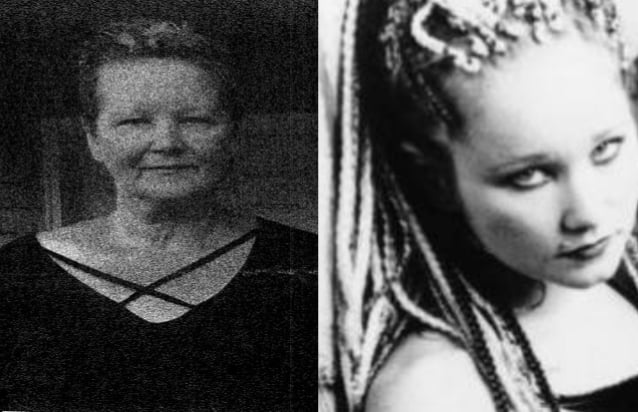 According to New Orleans police, the 51-year-old Foss was reported missing by her group home manager after last being seen on September 7, 2021. She is described as being 5-foot-3 and 200 pounds.

Anyone with additional information on Foss's whereabouts is asked to contact NOPD Seventh District detectives at 504-658-6070.

Rayna once said that the name COAL CHAMBER actually came from two competing names. She explained: "Right before I joined, they were called COAL. [Singer] Dez [Fafara] liked the name and [guitarist] Meegs [Miguel Rascón] [wanted to change the name] to CHAMBER. They both liked the names so we put them together like peanut butter and jelly, and there you go."

Years ago, Foss spoke about her musicial career in an interview that has been posted on a Rayna fan site. "I danced my whole life and I was a dance teacher before. I never planned on being a bass player in a band," she said. "I was at a party and I was sitting there kind of bored and I saw this thing in a closet, and it looked like a guitar, and I was like 'Is that a guitar?' and [my friend] said 'It's a bass guitar...you can check it out.' And was just like messing around, I didn't know what I was doing. He was like "I don't ever play it, you can have it." And this was like six months before I joined the band. So I took it home and played around with it. I worked with Dez's ex-wife and when they were looking for a new bass player, she told Dez 'I have a friend at work who plays the bass,' and I really didn't. So he called up...said to come down and audition. So I said 'fuck it' and did it, and I got it. Eight days later I played my first show."

Foss was previously married to SEVENDUST drummer Morgan Rose. That marriage, which ended in divorce in 2003, produced a daughter named Kayla, who was born in October 1999.

Foss's relationship with Rose was reportedly the cause of tension within COAL CHAMBER, with Rose allegedly writing the track "Enemy", from SEVENDUST's 2003 album "Seasons", about Fafara.