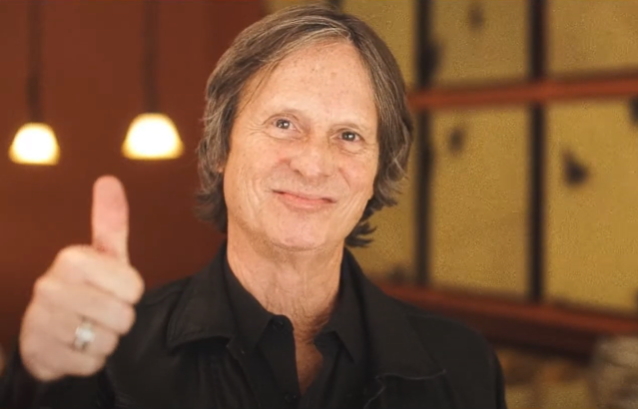 Billy Sheehan has paid tribute to Brett Tuggle, his former bandmate in the David Lee Roth group. The 70-year-old keyboardist, who also spent two decades in FLEETWOOD MAC during the band's reunion era, died on Sunday, June 19 from complications related to cancer.

Tuggle's son Matt confirmed his death to Rolling Stone. "He was loved by his family so much," Matt said. "His family was with him throughout the entire time of his illness. He was a lovely father. He gave me music in my life."

On Monday, Sheehan took to his social media to write: "Brett Tuggle—truly the 'secret weapon' of the Eat 'Em & Smile band and tour. Loved by everyone that ever met him, and gifted with supreme vocal, keyboard, and compositional talent, as well as being one of THE funniest and friendliest human beings to ever exist—a dear friend, devoted Dad, indispensable component to so many other great bands and tours as well. Brett passed away last night.

"We will all miss you, my brother. Thank you for enriching our lives, as well as supplying countless one-liners that we will use for the rest of our lives and be forever reminded of you.

"My condolences to his family and friends.

"Rest In Peace, my brother. We will never forget you."

An award-winning composer and multi-instrumentalist, Tuggle was one of the most in-demand players in the music industry. In addition to Roth and FLEETWOOD MAC, he had toured and recorded with such artists as Jimmy Page, Chris Isaak, Stevie Nicks, Lindsey Buckingham and Steven Tyler. Brett played and toured with Rick Springfield on the heels of Rick's hit single "Jessie's Girl", and later with Roth after he had split from VAN HALEN. During this period, Brett was able to stretch his songwriting legs, co-writing several songs with Roth, including the top 10 single "Just Like Paradise" in 1988.

Image courtesy of The Sessions Panel

Brett Tuggle—truly the ”secret weapon” of the Eat ‘Em & Smile band and tour. Loved by everyone that ever met him, and...